A recent NPR story (A Gulp Of Genetically Modified Bacteria Might Someday Treat A Range Of Illnesses) explored new research regarding ingestion of genetically modified gut bacteria for medical purposes.

Two of the examples that were highlighted included phenylketonuria (PKU) and cirrhosis.  For each disorder, the researchers are modifying E coli. For PKU, this may allow individuals to consume foods like milk and meat that usually would make them sick because individuals with PKU develop toxicity in response to phenylalanine in their diet.  For cirrhosis, the genetically modified E coli help eliminate the elevation of ammonia which is due in part to gut bacteria and in part due to liver dysfunction.  The report notes that the application of this science is likely to impact many other disorders including ulcerative colitis.

These efforts represent an exponential change to modifying the gut microbiome to enhance health. 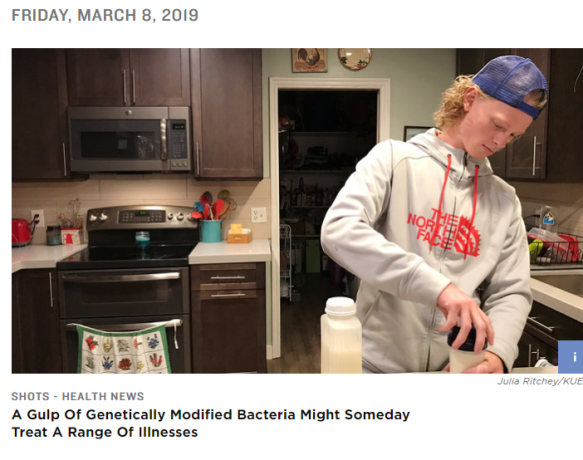