The study describes the results of a survey provided to 1246 parents at a diverse group of practices around St Louis.

The discussion and commentary on this study are more interesting than the actual results. Key points:

So, in fact, having a gun in the home does not make a home safer, just the opposite.  But delving into this topic is probably not productive due to strong feelings tangential to gun ownership.  There have been unsuccessful legislative efforts in over 10 states to prevent physicians from discussing the topic as well as a protracted legal battle in Florida.

My take (borrowed from editorial): “Although the difference between “gun safety” and “child safety” may seem subtle, such a shift allows a consistent approach to home injury prevention across mechanisms of injury with the focus on the child, not the gun.” “Little children are curious and big children (teens) are impulsive, so exposure to unsecured guns can lead to tragic outcomes that cannot be prevented by child education.  Who better to deliver this message than pediatricians?” 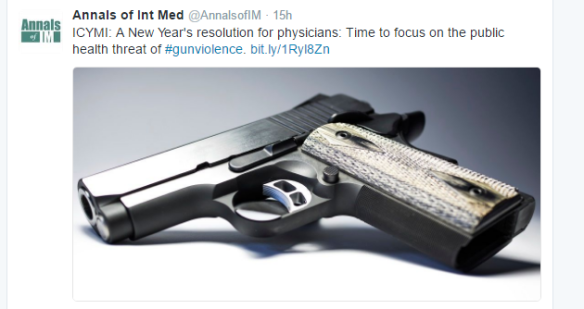 1 thought on “Is It OK for Pediatricians to try to Prevent Firearm Injuries? Focus on Child Safety –Not on Gun Safety”