This week, the United States Department of Agriculture announced its final plans to lower nutrition standards for grains, flavored milks and sodium in school cafeterias that were part of the Healthy, Hunger-Free Kids Act of 2010 …

The Obama-era rules required that schools must serve entirely “whole grain-rich” foods, meaning that the product — whether it is pizza, pasta or hamburger buns — must contain at least 50 percent whole grains…Under the new rules, only half of the grain products on the cafeteria’s weekly menu must be whole grain-rich….

“It seems like a small thing,” she said. “But the behavioral research shows you have to offer nutritious food to kids over and over and be consistent.” 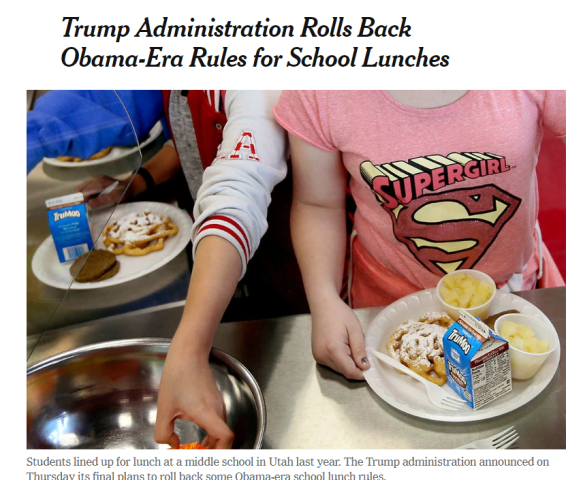