The average emergency room visit cost $1,389 in 2017, up 176% over the decade. That is the cost of entry for emergency care; it does not include extra charges such as blood tests, IVs, drugs or other treatments… 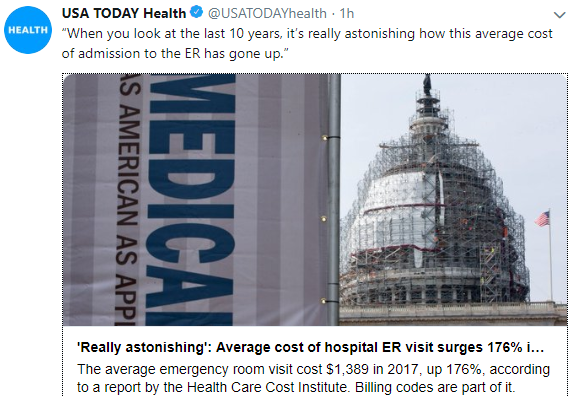