Thanks to Ben Gold for these references.

In the first study, the authors used an observational prospective nationwide cohort study, the Norwegian Mother and Child Cohort Study (MoBa) with 67,608 children born between 2000-2009 and with a mean followup of 11.5 years.

In the second study, the authors used the prospective Diabetes Autoimmunity Study in the Young cohort with 1875 at-risk children.

My take: Taken together, these studies indicate that higher gluten exposure (between 1-2 years) is associated with a modestly-higher risk of CD; in addition, early (<4 months) and late exposure (>6 months) may increase the risk as well. 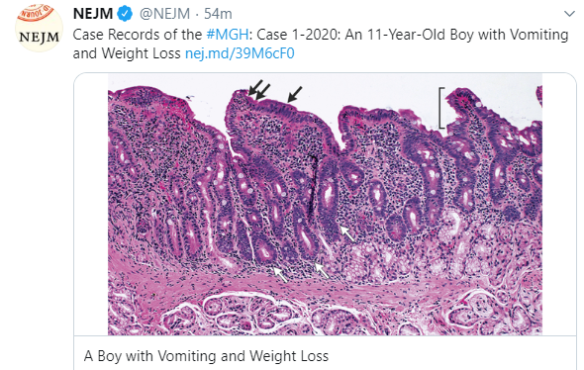 Spoiler alert: This case study by A Fasano et al. NEJM 2020; 382: 180-9. describes a presentation of celiac disease and Addision’s disease. I recently had a teenager present with similar symptoms who had Addison’s alone (clues were fatigue, low sodium and hyperpigmentation)