A recent study (S Salvatore et al. J Pediatr 2019; 212: 44-51) examines the role of neonatal antibiotics and prematurity on the development of functional gastrointestinal disorders in the first year of life.

What is most striking, though, in this study is how many of these infants have a GI disorder.

Limitation: This study relied on parental reports which could overestimate infant’s symptoms.

My take: More than 75% of infants had at least one FGID. 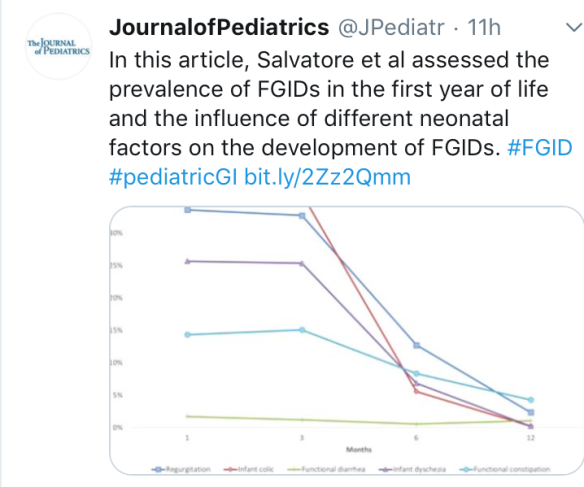