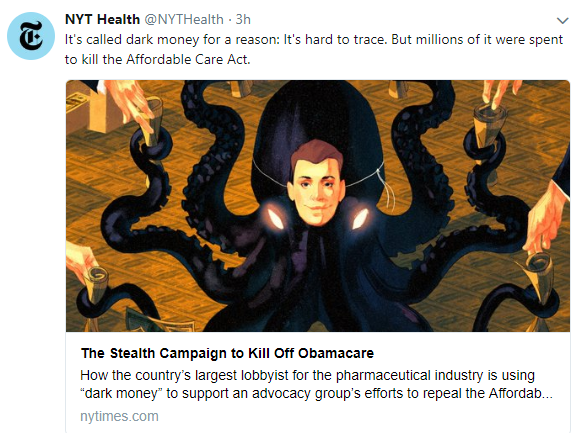 Overall, the authors found the fish oil supplement to be safe.  All patients had resolution of cholestasis. They note the difficulty of proving effectiveness and performing studies in this population.  “Neonatologists…find themselves faced with …a growing body of uncontrolled data that suggests benefits of an unapproved treatment…An attempt to perform a randomized controlled comparison of a plant-based lipid emulsion to FishLE in preventing PNALD in infants at risk was terminated early after an interim analysis revealed much lower than expected incidence of PNALD…[making] trials ethically problematic.”

My take: The data remain incomplete and make it difficult to use a therapy like Omegaven that is quite expensive (not covered) and not FDA approved.  The availability of SMOFlipid is likely to result in less usage of plant-based soy products.

More data on the progress of treatment of short bowel syndrome (SBS) programs:

Why is this happening?

The authors credit the intestinal rehab program (IRP) for this impact along with specific management changes including new lipid emulsions/lipid minimization to reduce IFALD, use of ethanol locks to reduce bloodstream infections, and bowel reconstructive procedures (e.g. STEP).

Briefly noted: Merras-Salmio L, Pakarinen MP. JPGN 2015; 61: 24-9. This second retrospective study (n=48) from Finland reinforces the view of improvements in cholestasis  and prognosis from 1988-2014.  Similar strategies, as noted above, were implemented in SBS management protocols.

Bottomline: The outlook has improved for SBS.  While this is good news, at the same time, there will be less pediatric gastroenterologists with extensive intestinal transplantation experience.

In Wyoming often there are stretches of nearly deserted highways

Many have advocated for the use of parenteral fish oil lipids like Omegaven which are rich in omega-3 polyunsaturated fatty acids (O3FAs), though the data in support of them are limited (New lipid emulsions — lacking data to support usage …).

A recent study (J Pediatr 2014; 165: 59-64) identified seven liver-inclusive intestinal transplants who had received O3FAs.   This retrospective review study took place between 2003-2012.  These seven patients had received O3FAs for a mean of 62% of their total life span before transplant.  While these patients almost all had resolution of cholestasis (mean total bilirubin 0.7 mg/dL at time of transplant), advanced fibrosis (stage 3 or 4) was noted on explant pathology.  The histologic inflammatory scores were lower (P=.056) in comparison to O6FA group.

Bottomline: Continued investigation of O3FA emulsions in PNALD is needed and assessing liver histology may be needed prior to intestinal transplantation.

A recent study indicates that patient’s placed on omega-3 lipid emulsions (eg. Omegaven) may be at risk for bleeding due to platelet dysfunction (J Pediatr 2014; 164: 652-4).

While omega-3 lipid emulsions have received a lot of attention due to improvements in intestinal failure associated liver disease (IFALD) (see previous links to prior posts below), the amount of data supporting their usage and potential advantages compared with standard lipids at similar dosing remains limited.

This case report describes a 9-month old who developed life-threatening hemorrhage following a standard central line placement.  Due to difficulty stopping the bleeding, the patient’s omegaven was discontinued.  Standard workup for bleeding disorders were negative.  Subsequently, the authors investigated clot formation and platelet function in a neonatal animal model.

Key Result: Piglets treated with omegaven had a doubling of time to clot formation and marked platelet agonist inhibition.

Take home points (from the authors):

According to a systematic review of the literature regarding ω-3 (n-3FA) fatty acid lipid emulsions, there is a “lack of sufficient high-quality data to support the use of parenteral n-3FA lipid emulsions in children” (JPEN 2013; 37: 44-55). Thanks to Kipp Ellsworth for this reference.

The authors of this study researched 4 databases up to March 2011 and extracted relevant studies.  Five randomized controlled trials and 3 high-quality prospective cohort studies were included.  The strength of evidence was “consistently low or very low across all lipid emulsion comparisons and outcomes.”

This article (in its Table 1) identifies the constituents in the commercial available lipid products which include Intralipid, Clinoleic, Liposyn II, Omegaven, SMOFLipid, and Lipoplus.  Intralipid which is widely used is devoid of substantial arachidonic acid (ARA) and docosahexaenoic adic (DHA).  This is particularly important in premature infants as noted in recent blogs:

Omegaven, in particular, and SMOFLipid, to a lesser degree, have much more AA and DHA.  As such, both of these emulsions have the potential improve vision and cognitive outcome in premature infants.

In a previous blog (Four advances for intestinal failure), one of the advances for intestinal failure that was noted was the reduction of lipid infusions with parenteral nutrition which reduces IFAC.  This study adds additional information to this area.  In this prospective study, 31 patients were enrolled in a reduced IV fat emulsion group and compared with a matched historical control group.  The reduced fat group received 1gm/kg of a standard soybean-based lipid emulsion (liposyn 20%) twice weekly.  Patients were eligible if they received PN for >2 weeks and had a direct bilirubin >2.5 mg/dL.

The reasons why lipids may contribute to PNAC/PNALD/IFAC include the presence of phytosterols.  This in turn may damage hepatocytes via the farnesoid X receptor.  One other aspect of the study was that the fat-restricted cohort had a higher mortality.  This was thought to be related to the cohort being sicker rather than to any nutritional effect.  Specific causes of death included respiratory failure in a patient with an abdominal wall defect, chylothorax/sepsis in a patient with a congenital diaphragmatic hernia, and cardiopulmonary failure in a patient with pulmonary hypoplasia.

The article does throw into question whether the use of a fish oil lipid preparation is needed to improve cholestasis.  In studies supporting fish oil preparations, a confounder was that the total lipid administered was reduced to 1 gm/kg/day in comparison to soybean lipids which were administered at 2-3 gm/kg/day.  This study suggests that reducing the total amount of lipid infusion is the more important factor.

The accompanying editorial makes a couple of useful points: