In the recently completed NOR-SWITCH study presented at the United European Gastroenterology Week 2016 meeting, “a total of 481 patients were recruited across 40 centers: all patients had been on stable treatment with the originator infliximab for at least 6 months…When looking specifically at IBD patients, disease worsening was noted in 21.2% of originator infliximab-treated patients and 36.5% of CT-P13-treated Crohn’s disease patients (n=155).”  The 15% difference did not reach statistical significance, but is concerning.  The authors state that “subtle postranslational modifications unique to the biosimilars may be sufficient to lead to antidrug antibody formation with associated loss of response.  Also, it is noted that this study did not include endoscopic evaluation.

My take: We still have a lot to learn.  The preliminary message, until more studies are available, indicate that switching stable patients could increase risk of losing response. 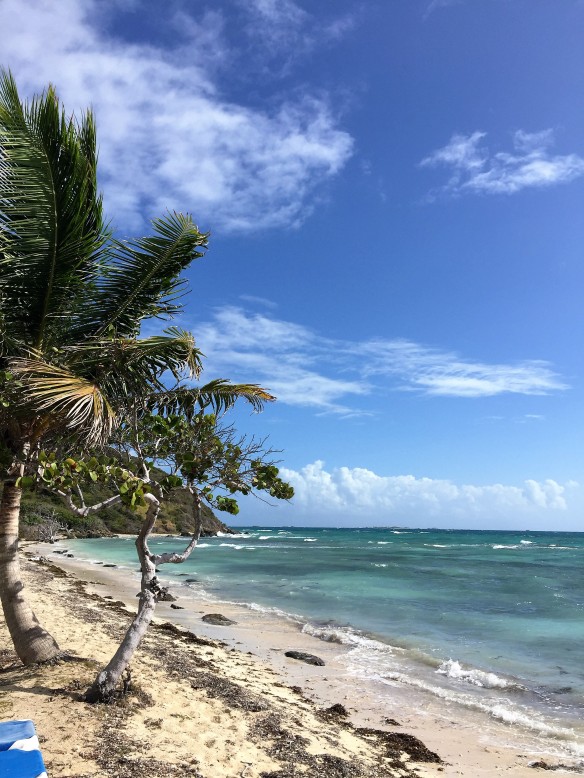 A nice pediatric study (CG Sauer et al. JPGN 2016; 62: 378-83) provides data on 101 children from a single center who underwent MRE to evaluate their Crohn’s disease.  This study was a retrospective chart review using a prospectively maintained MRE database.  All of the children in this study underwent MRE greater than 180 days after diagnosis.  MRE was ordered at the discretion of the treating gastroenterologist. Median followup was 2.8 years after MRE.

While this population may have had more disease than those who did not undergo MRE (since it was done at the discretion of gastroenterologist), what would interest me would be the correlation with the physician global assessment.  A rough calculation would suggest that only 40% of these patients achieved a clinical remission which is well below ImproveCareNow reported benchmarks, but not much different from previous studies using objective markers.  Furthermore, it would be of interest to look at whether individual clinicians incorporated their abnormal MREs into their assessment of PGA.  If the patient was doing well clinically but their MRE was markedly abnormal or even mildly abnormal, were these patients classified as in remission or otherwise.

My take: MRE is an excellent & expensive tool to assess for mucosal healing.  As our treatments continue to improve, MRE will be useful to monitor our progress.  How we incorporate our objective markers with our clinical markers needs further work.

In several prior posts, the issue of cancer and inflammatory bowel disease (IBD) has been discussed.  In my view, even the word “cancer” is so scary that it can make people make bad choices (related: Facts, “Misfearing” and Women’s Health | gutsandgrowth).  An up-to-date succinct summary (Laurent Beaugerie, M.D., Ph.D., and Steven H. Itzkowitz, M.D. N Engl J Med 2015; 372:1441-1452) provides a fairly good overview of “Cancers Complicating Inflammatory Bowel Disease.” 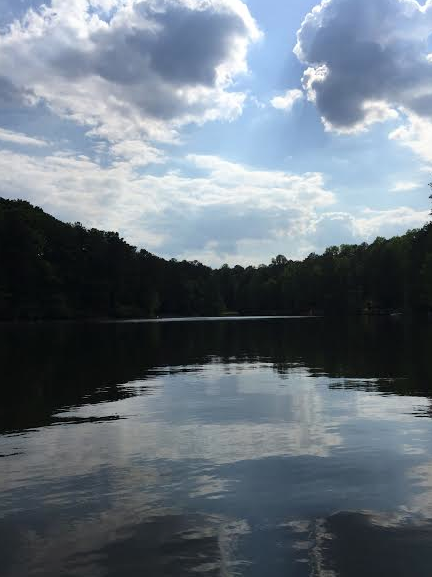 Here’s the abstract, followed by some comments:

Crohn’s disease (CD) usually recurs after intestinal resection; postoperative endoscopic monitoring and tailored treatment can reduce the chance of recurrence. We investigated whether monitoring levels of fecal calprotectin (FC) can substitute for endoscopic analysis of the mucosa.

We analyzed data collected from 135 participants in a prospective, randomized, controlled trial, performed at 17 hospitals in Australia and 1 hospital in New Zealand, that assessed the ability of endoscopic evaluations and step-up treatment to prevent CD recurrence after surgery. Levels of FC, serum levels of C-reactive protein (CRP), and Crohn’s disease activity index (CDAI) scores were measured before surgery and then at 6, 12, and 18 months after resection of all macroscopic Crohn’s disease. Ileocolonoscopies were performed at 6 months after surgery in 90 patients and at 18 months after surgery in all patients.

Levels of FC were measured in 319 samples from 135 patients. The median FC level decreased from 1347 μg/g before surgery to 166 μg/g at 6 months after surgery, but was higher in patients with disease recurrence (based on endoscopic analysis; Rutgeerts score, ≥i2) than in patients in remission (275 vs 72 μg/g, respectively; P < .001). Combined 6- and 18-month levels of FC correlated with the presence (r = 0.42; P < .001) and severity (r = 0.44; P < .001) of CD recurrence, but the CRP level and CDAI score did not. Levels of FC greater than 100 μg/g indicated endoscopic recurrence with 89% sensitivity and 58% specificity, and a negative predictive value (NPV) of 91%; this means that colonoscopy could have been avoided in 47% of patients. Six months after surgery, FC levels less than 51 μg/g in patients in endoscopic remission predicted maintenance of remission (NPV, 79%). In patients with endoscopic recurrence at 6 months who stepped-up treatment, FC levels decreased from 324 μg/g at 6 months to 180 μg/g at 12 months and 109 μg/g at 18 months.

In this analysis of data from a prospective clinical trial, FC measurement has sufficient sensitivity and NPV values to monitor for CD recurrence after intestinal resection. Its predictive value might be used to identify patients most likely to relapse. After treatment for recurrence, the FC level can be used to monitor response to treatment. It predicts which patients will have disease recurrence with greater accuracy than CRP level or CDAI score.

Some key points from the discussion:

Additional summary of this information on AGA Journals blog:  Measurement of Fecal Calprotectin.  An excerpt:

In an editorial that accompanies the article, Alain M. Schoepfer and James D. Lewis explain that the role of fecal calprotectin in assessing post-operative recurrence has been debated because of inconsistent results in mainly small studies. The strengths of the study of Wright et al include its large size, prospective design, endoscopic validation, and longitudinal inter-individual measurements of fecal calprotectin.

Tests for biomarkers such as fecal calprotectin can be repeated more frequently than colonoscopies. This advantage could overcome the lower levels of sensitivity with which single measurements of biomarkers detect recurrence. Schoepfer and Lewis say that studies are needed to determine the optimal frequency for measuring fecal calprotectin.

However, they conclude that measurement of fecal calprotectin could have an important role in monitoring Crohn’s disease recurrence after intestinal resection; it is clearly superior to measurement of c-reactive protein or CDAI score.

Proposed algorithm for using calprotectin: In the editorial, they propose that patients with low or medium risk of “permanent bowel dysfunction as a consequence of post-operative recurrence” could use fecal calprotectin measurements every 3-6 months.  They propose a cut-off of 50 mcg/g in those with medium risk and a cut-off of 100 mcg/g in those with low risk.  Those who exceeded cut-off would need colonoscopy.  Among high risk patients, they recommend proceeding directly to colonoscopy every 6-12 months to assess for recurrence.  All patients who had recurrence of disease greater than i1 would need treatment for recurrence. (Related gutsandgrowth blog: Only One Chance to Make a First Impression). 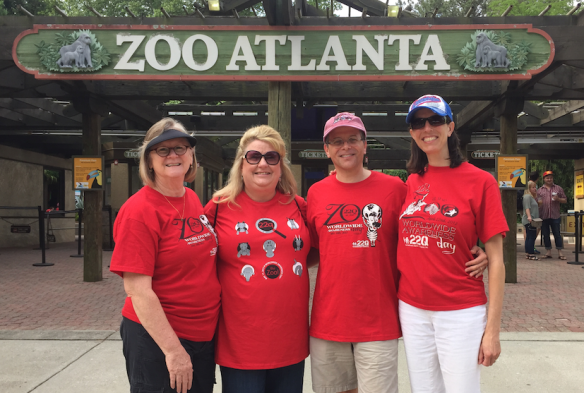 22Q at the Zoo. More than 100 zoos across the world participate to improve awareness of 22Q deletion syndrome.  With Karlene Coleman, Nancy Morris, and Jennifer Hochman.

The ability to use whole exome sequencing and widely available genetic testing is yielding a plethora of new information regarding the genetic causes for many conditions.  In gastroenterology, here are a few recent examples:

For me, I am not sure whether these findings should be considered mundane or amazing. On the one hand, each of the findings helps understand these diseases; yet, I came across all of these articles in the span of 24 hours and from the same journal.

Previously, this blog noted that a phase II study showed that Mongerson, an oral SMAD7 antisense oligonucleotide, had promising data for moderate-to-severe Crohn’s: An Oral Oligonucleotide in the Crohn’s Treatment Pipeline …

The associated editorial (pg 1166-67) notes that only 18% of the patients with elevated C-reactive protein and randomized to the 40 mg and 160 mg doses normalized these levels at the end of the treatment period.  Thus, further trials will need to look more closely at objective biomarkers.

JPGN 2014; 59: 758-62. The full abstract for this reference follows but the message from this retrospective study of 33 children is clear –a much smaller percentage of the youngest children respond to infliximab compared to older children, adolescents and adults. In the discussion, the authors note that younger children may need higher dosing to maintain good infliximab levels or the disease pathogenesis may be much different (eg. underlying immunodeficiency and different gene mutations).

Background: Infliximab (IFX) is efficacious for induction and maintenance of remission in pediatric patients with moderate-to-severe inflammatory bowel disease (IBD). It has, however, not been studied in patients 7 years old and younger. Our aim was to characterize efficacy and safety of IFX therapy in this cohort.

Results: Thirty-three children (ages 2.4–7 years) were included. Twenty patients had Crohn disease, 4 had ulcerative colitis, and 9 had indeterminate colitis. Maintenance of IFX therapy at 1, 2, and 3 years was 36%, 18%, and 12%, respectively. Patients of age 5 years and younger had the lowest rates of maintenance of therapy at 25% at year 1, and 10% at years 2 and 3 combined. Nine percent of all of the patients demonstrated response measured by the physician global assessment and were steroid free at 1 year. There were 8 infusion reactions. There were no malignancies, serious infections, or deaths.

Conclusions: IFX demonstrated a modest response rate and a low steroid-sparing effect in patients with IBD 7 years old and younger. Although this is a limited study, there appears to be a trend for decreased sustained efficacy with IFX in this age group, particularly in children 5 years old and younger, when compared with the previously published literature in older children.

Here’s the link (Enteral Nutrition Study) from a summary of the study in Healio Gastroenterology (from their twitter feed) and an excerpt:

A retrospective study of all pediatric Crohn’s disease (CD) patients treated with exclusive enteral nutrition (EEN) at a children’s hospital in Munich between January 2004 and June 2011. Fifty-two included patients (mean age, 13.2 years; 59.6% male) had newly diagnosed CD (n=40) or had relapsed (n=12) while maintaining treatment for at least 3 months….The first course of EEN showed a higher median starting wPCDAI score compared with the second (59 vs. 40; P<.0001), as well as higher remission rates after 3 months (92% vs. 77%). Relapse rates after 1 year were comparable (67% vs. 70%), but fewer relapses occurred in the first 120 days after the first EEN course compared with the second (25% vs. 45%).

Of 48 patients with NOD2 genotype, 44 went into remission with EEN; 11 of 12 patients carrying R702W or G908R genotype relapsed within 1 year; and there were significantly lower rates of relapse in patients with wild-type (60%) or 1007fs (50%) mutations.

5. Inflamm Bowel Dis 2013; 19: 2927-36.  This reference is another article that tries to help discuss the risks and benefits of biologic therapy for pediatric inflammatory bowel disease.  After reviewing the potential risks, the authors provide their “Option Grid” (Page 2932).  The authors state, “in summary, the adult literature supports the concept of the early use of combination therapy…the risks associated with anti-TNF therapy are really not significantly different as compared with thiopurine therapy and perhaps in some cases safer.  Therefore, we should be moving closer to the idea of using anti-TNF therapy early, with or without an immunomodulator.  In the sickest patients, combination therapy probably adds benefit, and then once in remission, consideration can be given for stopping one of the medications, more likely the thiopurine.

7.   Gastroenterol 2013; 145: 1459-63.  AGA Guideline for Use of Thiopurines, Methotrexate, and Ant-TNF-alpha Biologic Drugs for the Induction and Maintenance of Remission in Inflammatory Crohn’s Disease. This reference was previously noted in blog (with a link) AGA Guidelines for the Use of Thiopurines and Anti … – gutsandgrowt.  The print version does have a nice algorithm (pg 1463).  The accompanying technical review: Gastroenterol 2013; 145: 1464-78.

Comment: While physical activity may directly reduce the risk of Crohn’s disease, it could also be an epiphenomenon of another unmeasured variable (eg. dietary habits) that modifies this risk.

Currently, a data-base coordinated in a single center along with collaboration with regional networks enables the capture of all new IBD diagnosis (since 1999).  Prior cohort was determined by “exhaustive examination” of previous IBD records.