Similar to a study reviewed on this blog (Why Does Enteral Nutrition Work for Crohn’s Disease? Is it due to the Microbiome?), another publication has shown decreased microbiome diversity associated with exclusive enteral nutrition (C Quince et al. Am J Gastroenterol 2-15; 110: 1718-29 -thanks to Ben Gold for this reference). The overall findings suggest that enteral nutrition makes the gut microbiome more ‘dysbiotic’ (more dissimilar to healthy controls) than prior to enteral nutrition.  This study examined 23 children with Crohn’s disease and 21 healthy children.

My take: Due to the increased ease and fascination of studying our stools, a lot more of this research is going to be published.  At some point, hopefully, these observational studies will transition to hypothesis-driven studies regarding which microbial species need to be modulated to improve inflammatory bowel disease. 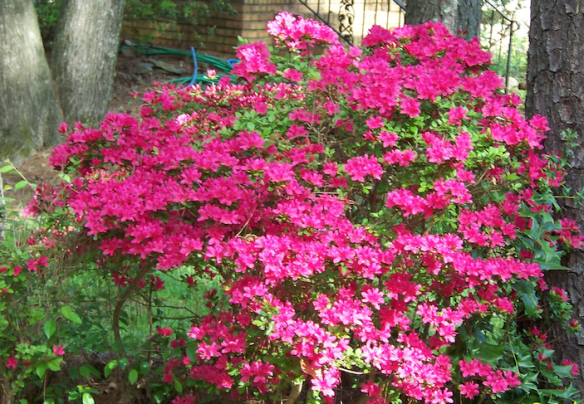 NASPGHAN twitter feed (with links to enteral therapy podcasts) was probably a typo &/or autocorrect issue:

1. From the recent Advances in IBD Conference, Healio Gastroenterology reports on Dr. Baldassano’s update on PLEASE study which examined enteral nutrition in comparison to anti-TNF therapy.  Here’s the link: Enteral Nutrition Outcomes (Thanks to Kipp Ellsworth for this reference)

3. Standardized use of fecal calprotectin (here’s the link -from KT Park’s Twitter feed):

4. Inflamm Bowel Dis 2014; 20: 2247-59. Study examined factors associated with infliximab clearance.  Higher clearance noted with low albumin, high body weight, and the presence of antibodies to infliximab (ATI).  The authors note that higher concentrations with dose escalation are more likely when the dose interval was shortened than by increasing the administered dose.

5. Inflamm Bowel Dis 2014; 20: 2260-65. “Natural History of Perianal Crohn’s Disease After Fecal Diversion.”  Despite greater use of biologics, only 15 of 49 patients reestablished intestinal continuity between 2000-2011.  In this group of 15, only 5 remained reconnected and 3 of these 5 patients had procedures to control sepsis.  The likelihood of sustained intestinal continuity remains low in patients who have required a diverting procedure.

It is always nice to see how other centers manage clinical problems.  In a recent review (J Pediatr 2014; 165: 1065-90) from Boston Children’s, the authors provide details on how they use enteral nutrition in pediatric intestinal failure (IF) patients.  Prior to reviewing their approach, the authors provide a few definitions:

When feeds are held, usually held for 8 hours and then restarted at 75% of previous rate

Take-home message: Outcomes of IF have improved.  This review provides one approach towards optimizing enteral nutrition.

Here’s the link (Enteral Nutrition Study) from a summary of the study in Healio Gastroenterology (from their twitter feed) and an excerpt:

A retrospective study of all pediatric Crohn’s disease (CD) patients treated with exclusive enteral nutrition (EEN) at a children’s hospital in Munich between January 2004 and June 2011. Fifty-two included patients (mean age, 13.2 years; 59.6% male) had newly diagnosed CD (n=40) or had relapsed (n=12) while maintaining treatment for at least 3 months….The first course of EEN showed a higher median starting wPCDAI score compared with the second (59 vs. 40; P<.0001), as well as higher remission rates after 3 months (92% vs. 77%). Relapse rates after 1 year were comparable (67% vs. 70%), but fewer relapses occurred in the first 120 days after the first EEN course compared with the second (25% vs. 45%).

Of 48 patients with NOD2 genotype, 44 went into remission with EEN; 11 of 12 patients carrying R702W or G908R genotype relapsed within 1 year; and there were significantly lower rates of relapse in patients with wild-type (60%) or 1007fs (50%) mutations.

In a previous post (NASPGHAN: Enteral Nutrition for Crohn’s Remission | gutsandgrowth), this blog provided a link to NASPGHAN information on enteral nutrition. Having reviewed this information further, I wanted to post some more information about one of the references which offers a terrific professional-quality 32 minute video (from IWK Health Centre in Canada).  This You-tube video on tube feeds provides interviews mostly from kids/family members along with some input by physicians and nutritionists; it is a fabulous resource for families weighing the option of tube feeds.  Around minute 23, a teen walks through the process of NG placement including advice on taping.  Around minute 31, a number of written tips are given like cleaning tubing with vinegar (& then rinsing with water).  According to the website there were only 275 views when I had clicked on this.  If that is accurate, it is a real shame.

Other information from the NASPGHAN handout (which offers CME) in the link above:

A new document from NASPGHAN highlights the potential for enteric formulas (oral and nasogastric) as an alternative 1st line therapy for Crohn’s disease remission.  The following is a link with specific case examples along with background information and practical advice:

The first article enrolled 34 children with newly-diagnosed Crohn’s disease.  Patients were divided into elemental and polymeric formula groups and followed in a prospective, double-blind randomized controlled trial for two years.  Measures of improvement included the PCDAI as well as fecal calprotectin and fatty acids.  Both groups of patients responded clinically.  93% (14/15) of the elemental formula group achieved remission based on PCDAI scores (<11) and 79% (15/19) of the polymeric formula group.  The initial treatment was use of formula (along with only clears) either by NG or oral for 6 weeks.  All patients had NG placed at time of endoscopy and if sufficient oral intake was demonstrated (for 2 days), NG was removed.  All subjects had small bowel and colonic disease.  Although calprotectin levels decreased, they remained very elevated.  In the EF group, the median calprotectin dropped from 2023 μ/g to 1113 μ/g, though only one patient had a level below 400; similarly in the PF group the calprotectin dropped from 1929 μ/g to 1134 μ/g, and only two patients had a level below 400.  Some to the reasons why changes in diet may be useful have been alluded to in a previous post: Eat your veggies…if you don’t want to get sick.

The second reference is a clinical guideline on the use of exclusive enteral nutrition EEN).  The introduction notes that 65% of European pediatric gastroenterologists use EEN compared to 4% for North American pediatric gastroenterologists.  In pediatric trials, EEN and corticosteroids were considered ‘equally effective’ in a pediatric meta-analysis which included five randomized controlled trials (n=147).  However, a Cochrane review favored corticosteroid treatment over EEN in a meta-analysis that included adult and pediatric patients (n=192 EEN, n=160 corticosteroids).  According to the authors, small studies have demonstrated other potential advantages of EEN including higher rates of mucosal healing and better linear growth.  With regard to mucosal healing, the initial cited study casts with ongoing elevated calprotectin indicates that this does not occur in the majority of children with EEN therapy.  Other caveats:

Why not EEN or PEN? Potential barriers include cost, difficulty changing diet, fear of tube feedings, and more acceptable alternatives.  At the same time, some of these barriers could be overcome.  Quality of life measures have improved in children receiving enteral nutrition.

The use of more top-down therapy may affect all of the above considerations (Only one chance to make first impression).

Exactly how long can we leave enteral formulas (ready-to-feed) hang while families rest?  Probably 12 hours according to a recent article (Nutr Clin Pract 2011; 26: 451).  This prospective study involving 30 pediatric patients studied the outcomes in those who received continuous enteral feedings using decanted formula for a minimum of 12 hours.  In this study, patients received both polymeric and peptide based formulas.  Cultures of the formula were obtained.  Among 111 usable cultures, 100 showed no growth, 6 had growth considered below FDA threshold for contamination & 5 (in two patients) had coliforms identified.  No patient developed clinical symptoms.  In these two patients, the authors speculate that contamination occurred due to a combination of exogenous source (touching) as well as possible endogenous source (retrograde movement of bacteria from patient’s gastrointestinal tract).

This small study lends support to extended hang times of up to 12 hours as long as the feeding sets are carefully managed with aseptic technique, clean gloves & avoiding touching formula.  Instead of more frequent changes to formula, this approach can allow parents to sleep while their children receive enteral nutrition and for nurses to pursue other activities for hospitalized patients.

The context for the study was a FDA recommendation for an 8-hour hang time based on conservative recommendations from manufacturers.  The FDA recommendation may have been influenced by a report in 2001 of an enteral powdered formula contaminated with Enterobacter sakazakii which lead to the death of a premature infant.