This article is a useful and up-to-date review on the role of psychology to treat children with gastrointestinal disorders, particularly targeting functional GI disorders as well as children with inflammatory bowel disease. Also, I want to recognize Bonney and Jessica who have been so helpful for so many of our patients.

Disclaimer: This blog, gutsandgrowth, assumes no responsibility for any use or operation of any method, product, instruction, concept or idea contained in the material herein or for any injury or damage to persons or property (whether products liability, negligence or otherwise) resulting from such use or operation. These blog posts are for educational purposes only. Specific dosing of medications (along with potential adverse effects) should be confirmed by prescribing physician.  Because of rapid advances in the medical sciences, the gutsandgrowth blog cautions that independent verification should be made of diagnosis and drug dosages. The reader is solely responsible for the conduct of any suggested test or procedure.  This content is not a substitute for medical advice, diagnosis or treatment provided by a qualified healthcare provider. Always seek the advice of your physician or other qualified health provider with any questions you may have regarding a condition.

According to a recent study (M Saps et al. JPGN 2018; 66: 387-90), joint hypermobility is not associated with an increased risk of functional gastrointestinal disorders (FGIDs).

From a school-based study of 654 children from a public school in Cali, Columbia, 148 (22.6%) were identified as having an FGID. Among this group, 136 children participated in the study along with 136 age/sex-matched healthy controls. Joint laxity was assessed to establish a Beighton score.

The implication of this study is that previous associations between joint hypermobility (JH) and FGIDs could be due to selection bias at tertiary care centers.  Alternatively, “it is possible that the association between FGIDs and JH exists, but it is only limited to a subset of patients that consult at specialized clinics.”

My take: This article challenges the idea that JH increases the risk of FGID.  Based on this study, if JH is a risk factor, it is hard to detect in a general population. 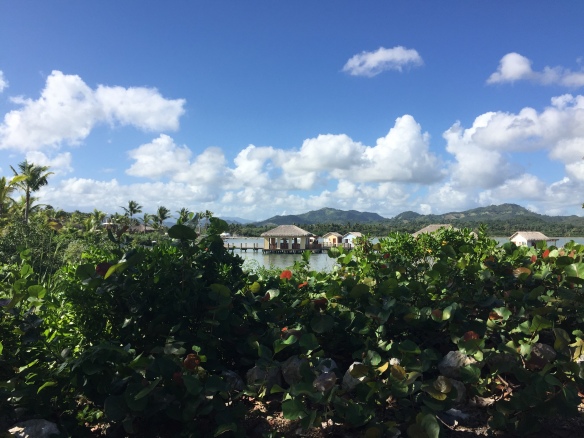 A recent commentary explains why “functional” pain is such a lousy term (JAMA Pediatr. Published online June 02, 2014. doi:10.1001/jamapediatrics.2014.530 –thanks to Ben Gold for this reference).  In pediatric GI practice, functional gastrointestinal disorders (FGIDs) constitute a large part of clinical work.

Take-home message: I wish I had written this commentary.  Explaining “functional” pain and “irritable bowel syndrome” are Sisyphean tasks.  Better nomenclature could ease the burden.  Join me in abandoning the use of the word “functional.”

In the same issue, an editorial on the “Role of Celiac Disease Screening for Children with Functional Gastrointestinal Disorders” (JAMA Pediatr. 2014;168(6):514-515. doi:10.1001/jamapediatrics.2013.5418) comments on a study (JAMA Pediatr. 2014; 168(6):555-60) in the same issue which reports a 4-fold higher prevalence of celiac disease among children who meet clinical criteria for irritable bowel syndrome.  The study reports the results from a cohort of 992 children identified with recurrent abdominal pain in a primary care setting.  In the editorial, the authors note:  “When grouped together, the prevalence rate of celiac disease among all children with FGIDs (IBS included) approaches 2%.  Celiac disease screening in this population would result in a positive tTG-IgA test result in 4%…However, 53% of all positive test results would be falsely elevated.”  As such the editorial advocates in favor of screening for celiac disease in children with IBS but not all FGIDs.