More information on this study: “Closet Thing to Miracle Cure”: Study Confirms Benefit of FMT in C difficile  Gastroenterology & Endoscopy News July 2016  This link also presents data on use of FMT in ulcerative colitis and the use of capsule FMT. 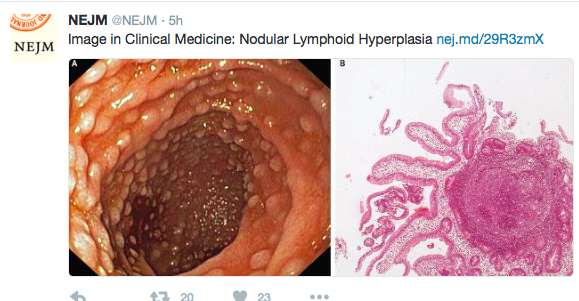 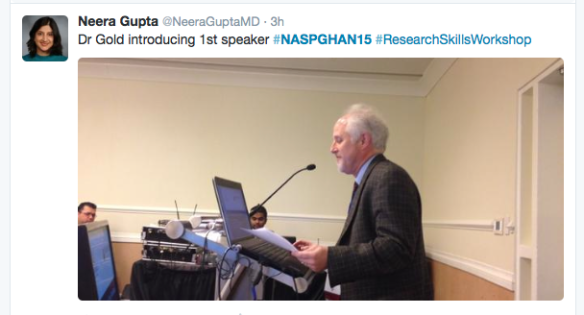 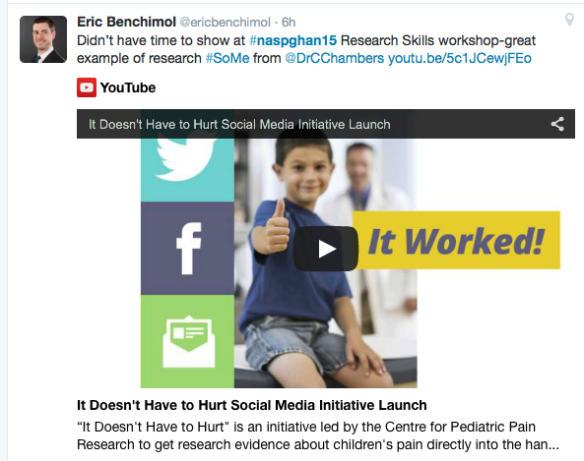 From debate regarding importance of mucosal healing: 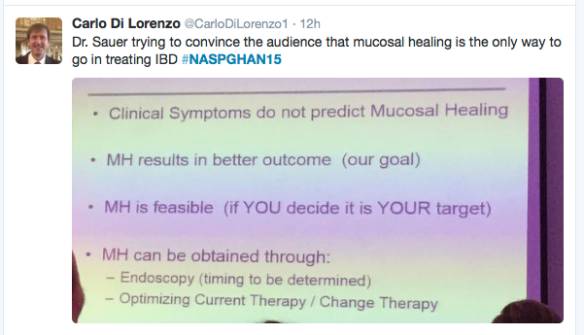 A provocative article poses the question: Should we bank our own stool?

The scientific term for this is “autologous fecal transplant.” In theory, it could work like a system reboot disk works for your computer. You’d freeze your feces, which are roughly half microbes, and when your microbiome became corrupted or was depleted with antimicrobials, you could “reinstall” it from a backup copy.

That damage from antibiotics may not be trivial. Studies have linked antibiotic use early in life with a modestly increased risk of asthma,inflammatory bowel disease, obesity and rheumatoid arthritis. These are associations, of course; they don’t prove that antibiotics cause disease…

Almost 60 years later, the “fecal transplant” is a cutting-edge treatment for the pathogen Clostridium difficile, a bug that kills 29,000 yearly and infects nearly half a million…

Memorial Sloan Kettering Cancer Center in New York has also started a proactive stool-banking study. Most of the subjects are patients with leukemia. Before stem cell transplants, patients receive antibiotics andchemotherapy, often wiping out their microbiota…

OpenBiome…started a pilot self-banking program called “PersonalBiome.” One complication: If he stores your stool, you can generally withdraw it only to treat C. difficile, not for preventive “reconstitution.” That’s because stool is regulated as a drug and not, as with embryos or blood, a tissue, which makes its use more complex. 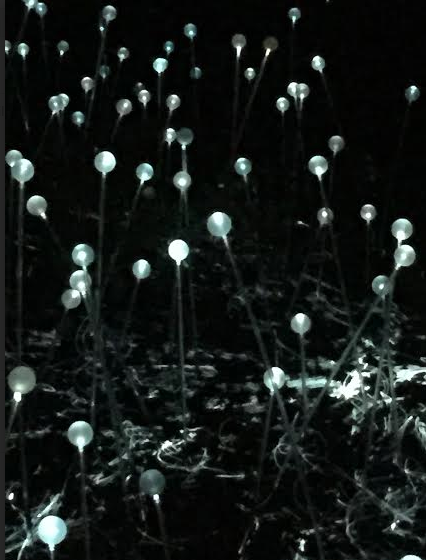 For those not able to see the live presentation…

Georgia Girl Saved by Fecal Transplant  This link includes a 4:08 video and written summary as well. 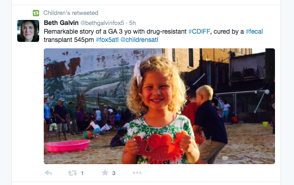 Fecal microbiota transplantation (FMT) is not going to be a “magic bullet” for most patients with inflammatory bowel disease. So far, it is unclear whether FMT works at all.  A recent study (full text link: Rossen NG et al. Gastroenterol 2015; 145: 110-8) with only 37 patients echo that experience. Here is the abstract:

Several case series have reported the effects of fecal microbiota transplantation (FMT) for ulcerative colitis (UC). We assessed the efficacy and safety of FMT for patients with UC in a double-blind randomized trial.

Patients with mild to moderately active UC (n = 50) were assigned to groups that underwent FMT with feces from healthy donors or were given autologous fecal microbiota (control); each transplant was administered via nasoduodenal tube at the start of the study and 3 weeks later. The study was performed at the Academic Medical Center in Amsterdam from June 2011 through May 2014.

In this phase 2 trial, there was no statistically significant difference in clinical and endoscopic remission between patients with UC who received fecal transplants from healthy donors and those who received their own fecal microbiota, which may be due to limited numbers. However, the microbiota of responders had distinct features from that of nonresponders, warranting further study. ClinicalTrials.gov Number: NCT01650038. 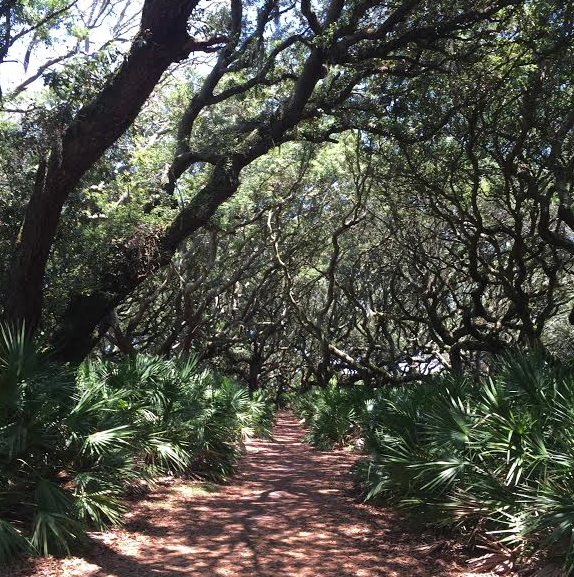 One particular advance with this study was the correlation between microbial species before and after FMT.  One speculation from the authors was that “the more divergent a Crohn’s patient is from his donor the more the potential benefit of transplantation.”  Thus, this same study with unrelated donor stool (eg. OpenBiome) would be of interest as well.

My Take: While this study offers encouragement for bigger studies, we will not know if FMT is effective (& how to administer optimally) until we have studies with more patients than authors.

After initial reports suggesting that fecal microbiota transplantation (FMT) may be helpful for ulcerative colitis (UC), more recent data suggest that it is not so promising (JPGN 2015; 60: 27-29, editorial 3).

In this open-label, prospective study of four patients, all boys aged 13-16 years, patients tolerated a single-dose FMT (via nasogastric tube) without adverse effects but there was no significant clinical or laboratory improvement.

The article provides a number of references regarding the experience of FMT for UC.