EM Kim et al. Inflamm Bowel Dis 2020; 26: 1232-38. Mucosal Eosinophilia Is an Independent Predictor of Vedolizumab Efficacy in Inflammatory Bowel Diseases n=65 patients. In IBD cohort, colonic eosinophilia (340 +/- 156 vs 236 +/- 124) was associated with clinical non-response to vedolizumab (as was prior anti-TNF treatment). In those with ulcerative colitis, mean eosinophil count was 438 in nonresponders compared to 299 in responders. In those with Crohn’s disease, colonic biopsies showed a non-significant increase in eosinophil count in non-responders compared to responders: 352 vs. 232.

This retrospective study provides additional information on the observation that children with PSC often have subclinical disease; it is similar to a prospective study by the same group in 2018 (n=37):  (prior blog post: Active Colitis More Likely in Children in Clinical Remission Who Have IBD and PSC) Key finding: Higher proportions of children with PSC-IBD had backwash ileitis, pancolitis, and rectal sparing, and more severe right-sided disease, than controls (P < .05). Conclusions: “Despite the mild clinical activity of IBD in patients with PSC, lack of symptoms does not always indicate lack of mucosal inflammation. Children with PSC-IBD have greater growth impairments compared with children with ulcerative colitis or IBD-unclassified.” 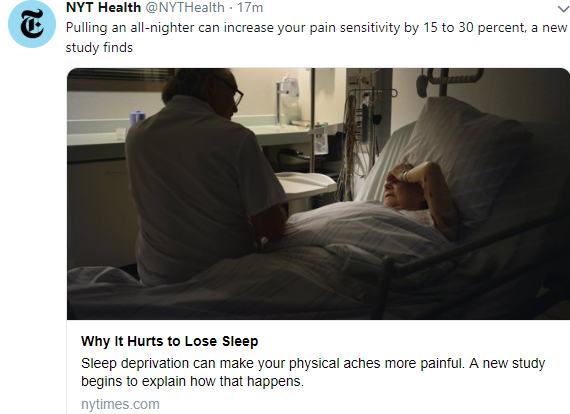 Recently, this blog summarized AAP SIDS recommendations.  These recommendations have been reviewed in a NY Times commentary: Should Your Baby Really Sleep in the Same Room as You?

This opinion piece provides a good background on the issue os whether having a baby sleep in the same room is beneficial and explains some of the flaws in the studies behind the recommendations.  Here’s an excerpt:

Yet the recommendation drew skepticism from some doctors, who argued that a close look at the evidence showed that the benefits of room-sharing didn’t always justify its costs to parents, who would have to sacrifice privacy, sex and, above all, sleep…

Depriving parents of good sleep can also endanger babies. Sleep-deprived people can have decreased empathy. Sleep deprivation is associated with anincrease in car accidents (which are a top killer of older children). It stresses marriages and families and is significantly associated with an increased riskof postpartum depression.

And with regard to the studies:

The first thing to note is that they all collected data in the 1990s, when SIDS was much more common than it is today. The academy said room-sharing “decreases the risk of SIDS by as much as 50 percent,” but that was before the significant improvement in SIDS rates. It’s not clear that sharing a bedroom would make as much of a difference today as it did then.

The second is these were all studies in Europe, where room-sharing is much more common. Only about 20 percent to 41 percent of infants in the control group slept in their own rooms. That makes it hard to pinpoint the reason they survived, and to generalize the findings to the United States.

My take: While the risk of SIDS may improve when infants sleep in the same room, this article makes a compelling argument that it may cause more harm than benefit.

From NPR: Sleep Munchies: Why It’s Harder to Resist Snacks When We’re Tired

There’s lots of evidence that getting too little sleep is associated with overeating and an increased body weight.

The question is, why? Part of the answer seems to be that skimping on sleep can disrupt our circadian rhythms. Lack of sleep can also alter hunger and satiety hormones.

Now, a new study finds evidence that sleep deprivation (getting less than five hours of sleep per night) produces higher peaks of a lipid in our bloodstream known as an endocannabinoid that may make eating more pleasurable.

So, what’s an endocannabinoid? If you look at the word closely, you may already have a clue. The prefix endo means inner, or within. And cannabinoid looks like … you got it: cannabis.

My take: Another good reason to avoid being on call -it could lead to sleep deprivation/weight gain.

This study introduction notes that studies in adults have suggested an association between poor sleep and weight gain, “possibly through elevation of cortisol and gherlin levels, along with reduction in leptin levels, thereby leading to increased hunger and reduced energy expenditure.”

My take: Looking at early sleep patterns helps reduce the likelihood of reverse causation.  This study and others shows an association with less sleep and increased likelihood of weight gain.  Why???

In same issue (AI Wijtzes et al. J Pediatr 2016; 168: 118-25) report that breakfast skipping at age 4 years is associated (ß =1.38) with a higher percent fat mass at age 6 years, though no associations were found with BMI or weight status.  This study involved prospectively collected data from 5914 children in the “Generation R Study” in The Netherlands. 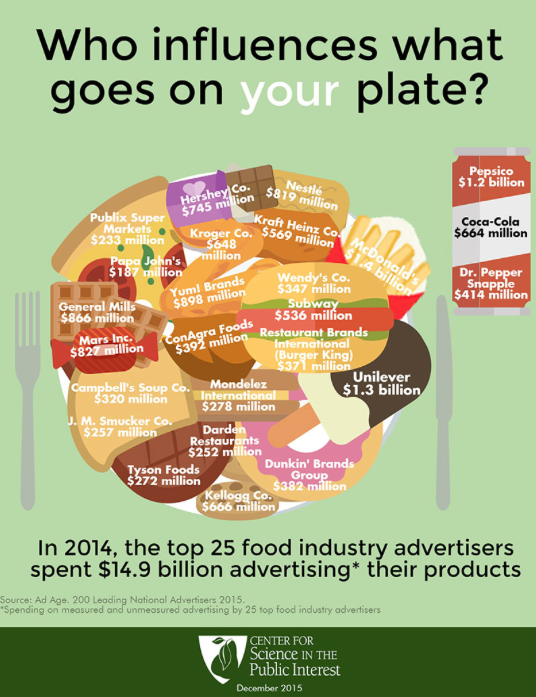 Some of the details:

The authors conducted a retrospective, population-based, matched cohort study in Ontario, Canada.  Twelve procedures were analyzed from 1448 physicians and involving 38,978 patients.  The same physicians had his/her procedures compared when they were done after treating patients from midnight to 7am to when these were done on days that were not preceded by night call.  The physicians included in the study were attending physicians; thus this does not provide insight into whether residents or fellows would perform similarly.

Inflamm Bowel Dis 2013; 19: 2440-2443. “Assessment of the Relationship Between Quality of Sleep and Disease Activity in Inflammatory Bowel Disease Patients”

A recent NY Times article reviews a study which showed no benefit in motor development in babies who had “tummy time.”

Putting infants to sleep on their backs, recommended since the early 1990s, has helped reduce the prevalence of sudden infant death syndrome. ..Now a new study, published in May in the journal Early Human Development, suggests that tummy time may be irrelevant.

Canadian researchers compared 1,114 infants born from 1990 to 1992, just before the “back to sleep” campaign began, with 351 infants born 20 years later. They found no difference between the two groups in the age at which prone to supine or supine to prone rolling began, or in the order in which those behaviors appeared….

Whether tummy time helps or not, said the lead author, Johanna Darrah, a pediatric physical therapist at the University of Alberta, “the back to sleep campaign has not adversely affected motor development. Motor development happens.”