Only ~20% of enrolled patients were included in the reported outcomes!

Here’s what happened.  Among a cohort of VA patients (n=360, mean age 48 years) who were reportedly refractory to PPI-treatment:

This left 78 patients who underwent randomization.  All patients in this highly-selected group had undergone endoscopy with biopsy, impedance-pH testing, and esophageal manometry.  18 of 27 (67%) had treatment success with surgery compared to 7 of 25 patients treated with baclofen/PPI and 3 of 26 with control medical treatment (PPI alone).

Limitations: The VA population is not representative of the general population; this trial had a predominance of white males. Also, it is hard to exclude that some of the ‘success’ of the procedure could relate to a powerful placebo response.

My take: This trial reinforces the notion that reflux surgery is helpful in very few highly-selected patients.

In a retrospective cohort (1994-2013) using a primary care database from England, the authors identified decreasing risk of surgeries with Crohn’s diseae (CD).

The reasons for this reduction are not certain but could include better clinical care or reduction in other risk factors (like smoking). 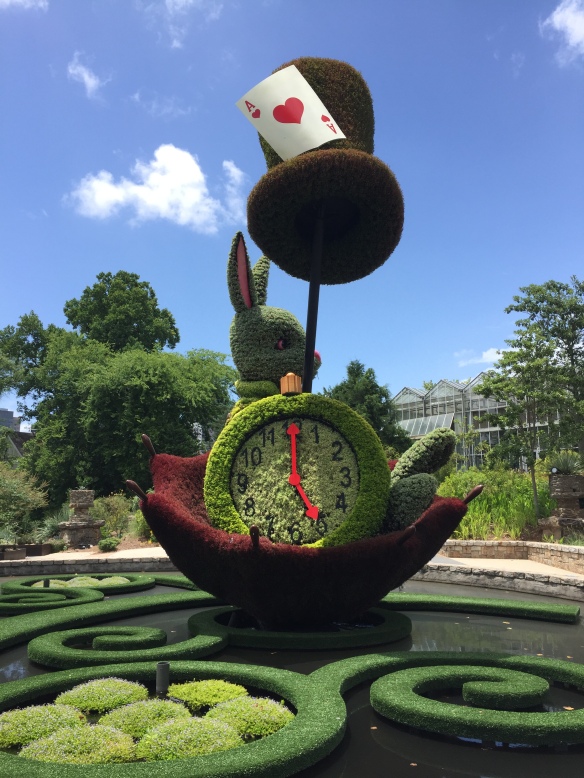 My take: While big changes in the frequency of these outcomes were not demonstrated in this large study, prior studies, including the RISK study, have shown that anti-TNF therapy can be disease-modifying and reduce the risk of penetrating disease in Crohn’s disease.

Design: All patients diagnosed with PIBD within Wessex from 1997 to 2017 were assessed. The prevalence of anti‐TNF‐therapy and yearly surgery rates (resection and perianal) during childhood (<18 years) were analysed

Patients started on anti‐TNF‐therapy less than 3 years post‐diagnosis (11.6%) vs later (28.6%) had a reduction in resections, P = 0.047. Anti‐TNF‐therapy prevalence was the only significant predictor of resection‐rate using multivariate regression (P = 0.011).

Conclusion: The prevalence of anti‐TNF‐therapy increased significantly, alongside a decrease in surgical resection‐rate. Patients diagnosed at younger ages still underwent surgery during childhood. Anti‐TNF‐therapy may reduce the need for surgical intervention in childhood, thereby influencing the natural history of PIBD.

A recent summary by 538 website details how surgery can be a powerful placebo: Surgery Is One Hell of a Placebo

“expectations matter, and we know they matter because of a bizarre research technique called sham surgery. In these fake operations, patients are led to believe that they are having a real surgical procedure…

A 2014 review of 53 trials that compared elective surgical procedures to placebos found that sham surgeries provided some benefit in 74 percent of the trials and worked as well as the real deal in about half.1 Consider the middle-aged guy going in for surgery to treat his knee pain. Arthroscopic knee surgery has been a common orthopedic procedure in the United States, with about 692,000 of them performed in 2010,2 but the procedure has proven no better than a sham when done to address degenerative wear and tear, particularly on the meniscus…

Even without a robust placebo effect, an ineffective surgery may seemhelpful. Chronic pain often peaks and wanes, which means that if a patient sought treatment when the pain was at its worst, the improvement of symptoms after surgery could be the result of a condition’s natural course, rather than the treatment. That softening of symptoms from an extreme measure of pain is an example of the statistical concept of regression to the mean.

My take: Both with medicine and surgery, sometimes improvement occurs even when the treatment itself is not effective.

In this retrospective study with 53 children, 18 had “pharmacodynamic failure” with anti-TNFα medications (PK group) and 35 were controls. “Phamacocynamic failure is characterized by either a lack of improvement of CD symptoms or  loss of response after initial improvement in the setting of adequate serum drug levels without ADAs” [antidrug antibodies].

The authors propose an explanation: “A plausible explanation for this finding is that in severely inflamed tissue with high inflammatory burden, local high levels of TNFα serves as a sink for anti-TNFα antibodies and that tissue injury and local hypoxia might further limit drug penetrance to its target.”

My take: This information is useful.  Many patients who have surgery may respond to anti-TNFα therapy subsequently.  The unanswered question: Could more frequent dosing of anti-TNFα therapy have averted surgery in some patients by overcoming areas of intense disease?

Some of the details:

The authors conducted a retrospective, population-based, matched cohort study in Ontario, Canada.  Twelve procedures were analyzed from 1448 physicians and involving 38,978 patients.  The same physicians had his/her procedures compared when they were done after treating patients from midnight to 7am to when these were done on days that were not preceded by night call.  The physicians included in the study were attending physicians; thus this does not provide insight into whether residents or fellows would perform similarly.

Yesterday’s notes highlighted the most useful discussion at this year’s meeting regarding mucosal healing (MH) in inflammatory bowel disease.

Many points were intriguing but often at odds. For example, the speakers noted that symptoms and scoring systems like CDAI are unreliable in establishing remission.  It was noted that the FDA is mandating more objective measures (like endoscopic improvement) in future studies. Yet, the studies cited for their arguments often were derived from studies which did not use objective endpoints. Similarly, some of the arguments were based on small studies and yet experts often caution to use evidence-based medicine.

Determining resection margin –does not depends on absence of histologic activity (Ann Surg 1996; 224: 563-71).  Try to save as much bowel as possible, often based on how thick bowel is rather than histologic margins.

Fistula –Hollow-organ to hollow-organ fistula –treat surgically. Whereas if fistula is perianal, start with medical treatment. Perianal fistulas often treated with seton; seton often kept in place for a long time (“forever if not bothering patient”).

Abscess—avoid surgical drainage if possible.  Delineate anatomy and consider elective surgery later.  If less than 3 cm, could aspirate and not leave in drain. If >3 cm, start with interventional radiology

Is azathioprine an effective drug? Should we be using biologics sooner?

For today’s post today and yesterday’s post, I may have made some transcription errors and these notes were not reviewed with the speakers.  Also, due to brevity, some useful information was not included.  Thus, the disclaimer with these posts is particularly important.