This good update provides a lot of useful information regarding fecal microbiota transplantation (FMT) and a word of caution regarding its future availability.

My take: My first reaction to this article: ‘Oh crap!’ It is sad and ironic that I will miss having available commercial stool for FMT.

From The Onion: Things That Always Surprise Foreigners About American Health Care

Methods: A multicampus, retrospective cohort evaluation was conducted among patients aged ≤18 years with any history of clinical CDI and receiving systemic antibiotics in a subsequent encounter from 2013–2019. This study identified 30 and 44 patients received oral vancomycin prophylaxis (OVP) and no OVP, respectively. Eligible patients had to be >12 months of age and having at 3 unformed stools everyday.

The incidence of CDI recurrence within 8 weeks of antibiotic exposure was significantly lower in patients who received OVP (3% vs 25%; P = .02) despite this group having notably more risk factors for recurrence.   After adjustment in a multivariable analysis, secondary OVP was associated with less risk of recurrence (odds ratio, 0.10; 95% confidence interval, 0.01–0.86; P = .04).

My take: In patients at high risk of recurrent CDI, OVP should be considered as secondary prophylaxis when receiving systemic antibiotics.

Also, I recommend this article in the NY Times about a liver/intestinal transplant surgeon (who has taken care of some of our patients): ‘I Had Never Faced the Reality of Death’: A Surgeon Becomes a Patient

This link for the NASPGHAN abstracts :NASPGHAN 2017 Scientific Abstracts 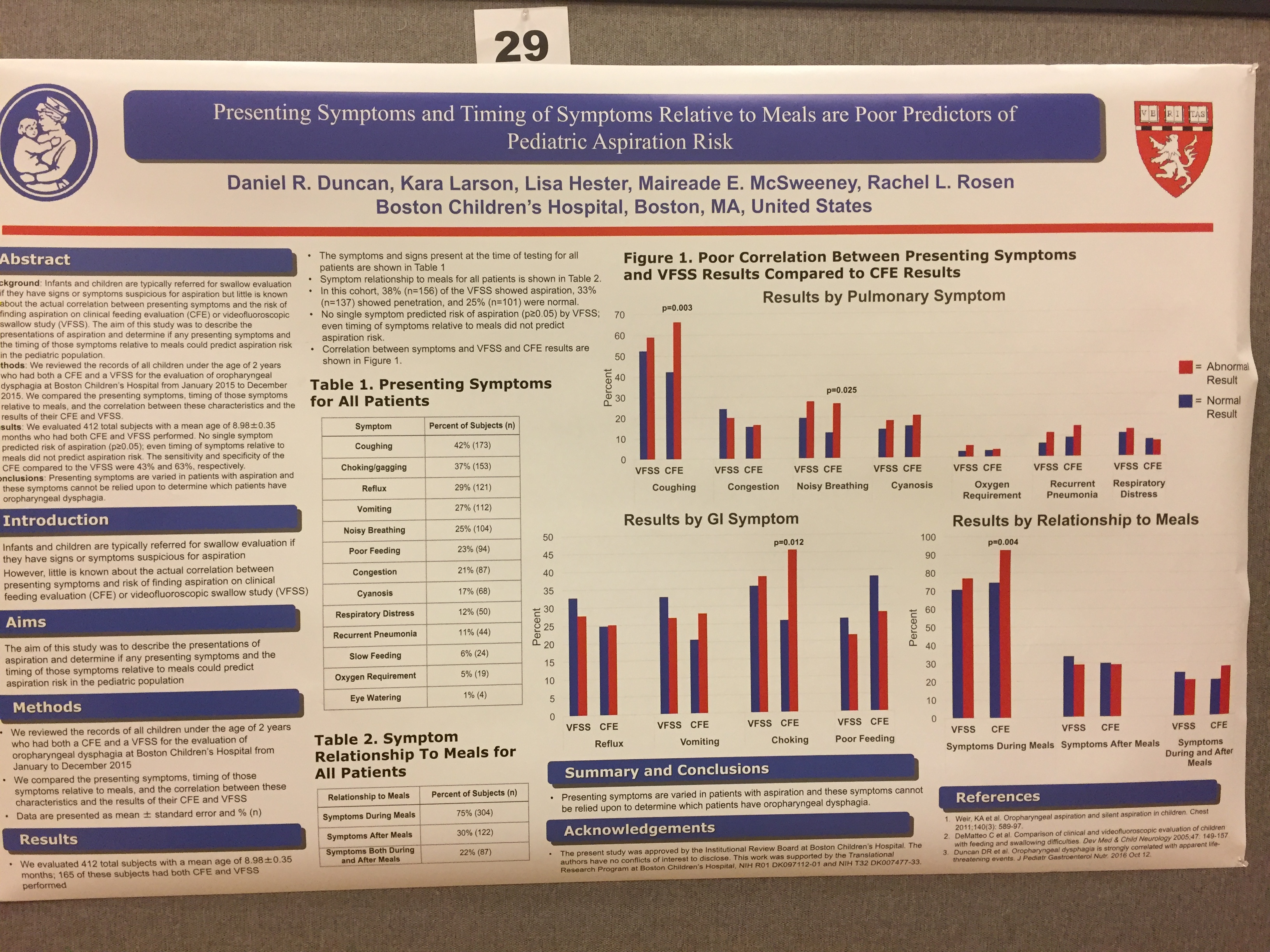 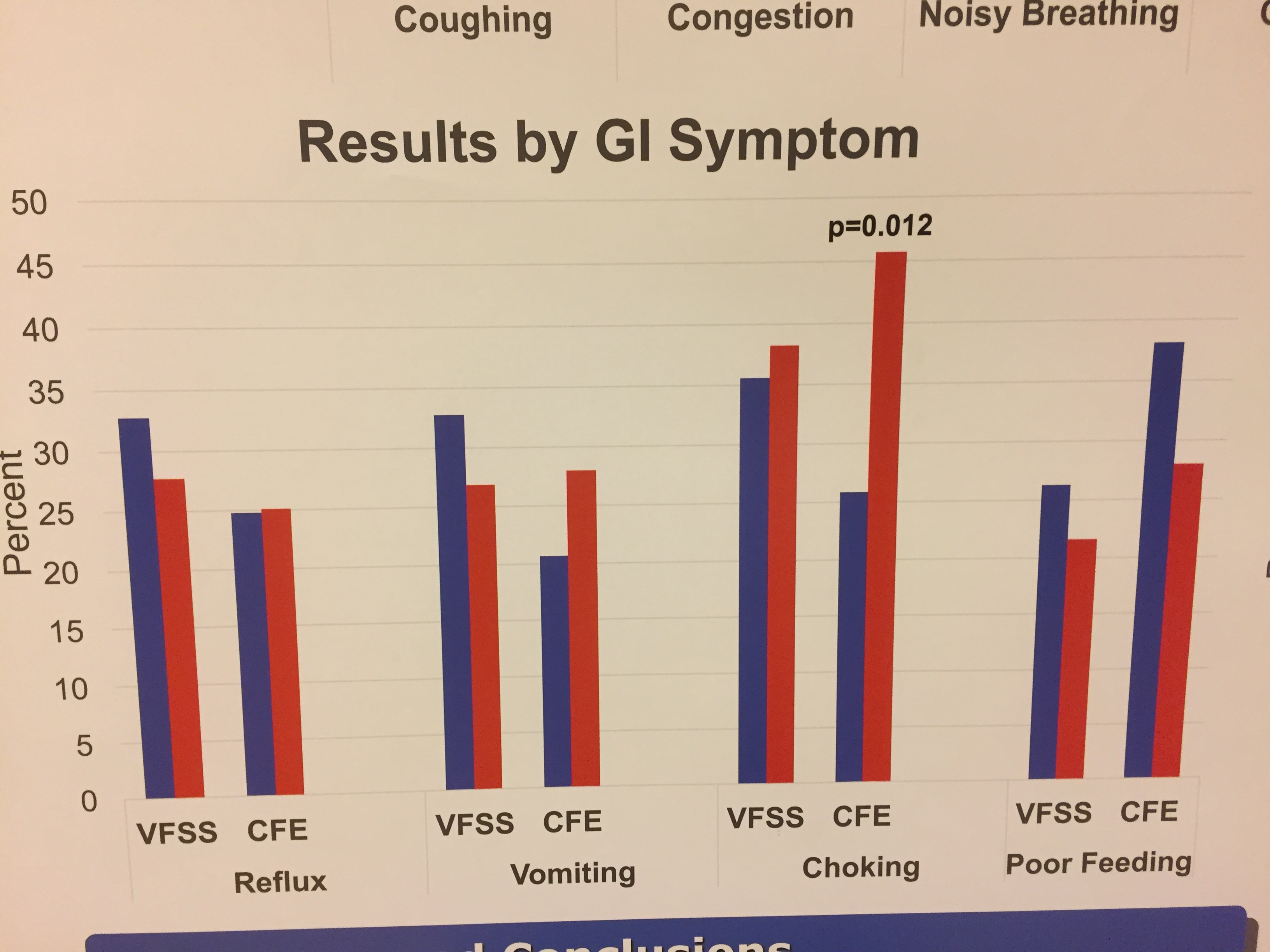 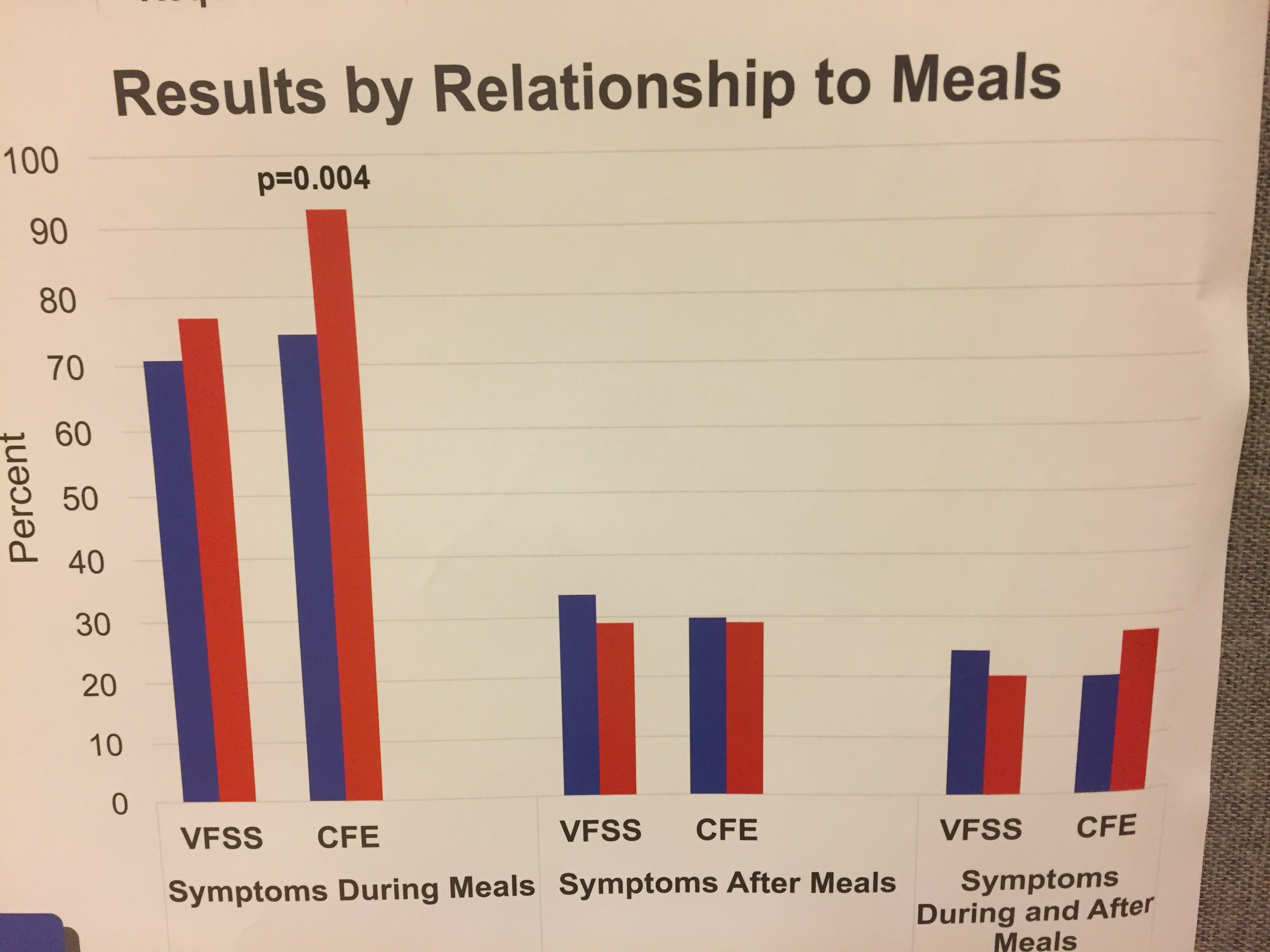 This next slide demonstrated that a six food diet for EoE could be administered blenderized via a gastrostomy tube. 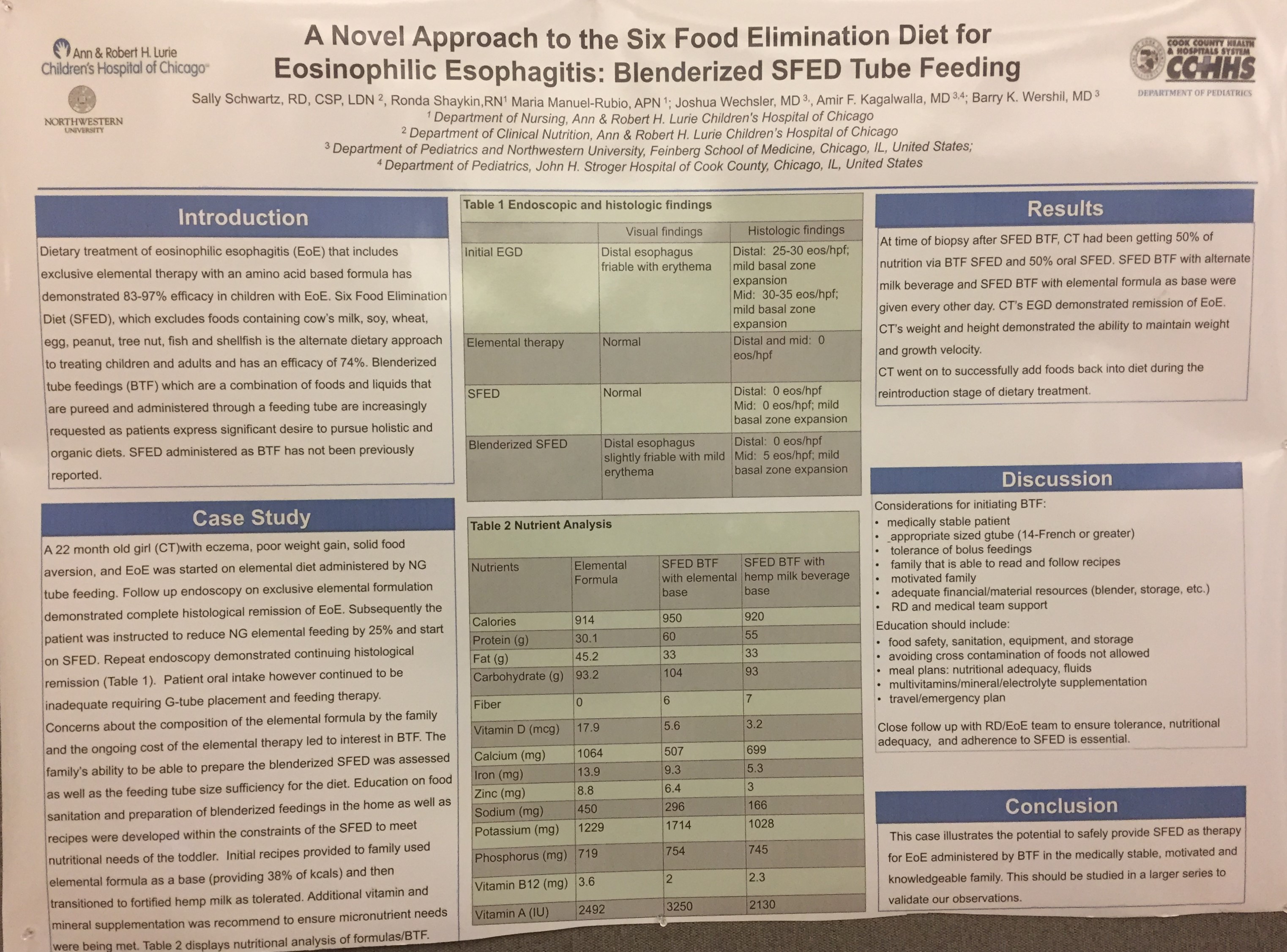 The next slide showed that irritable bowel syndrome was more frequent (overall hazard ratio of 1.52) following a urinary tract infection in the first year of life. 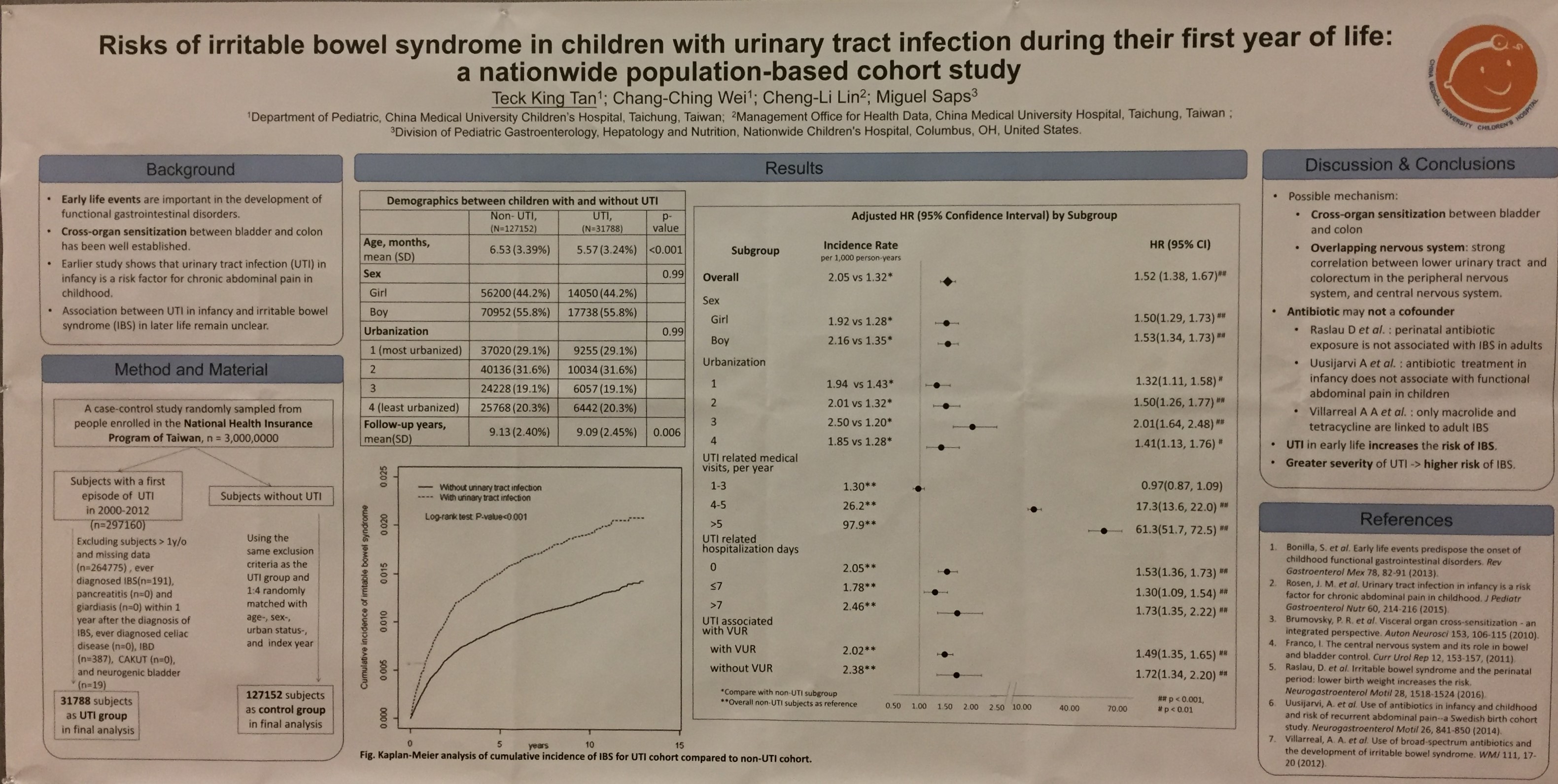 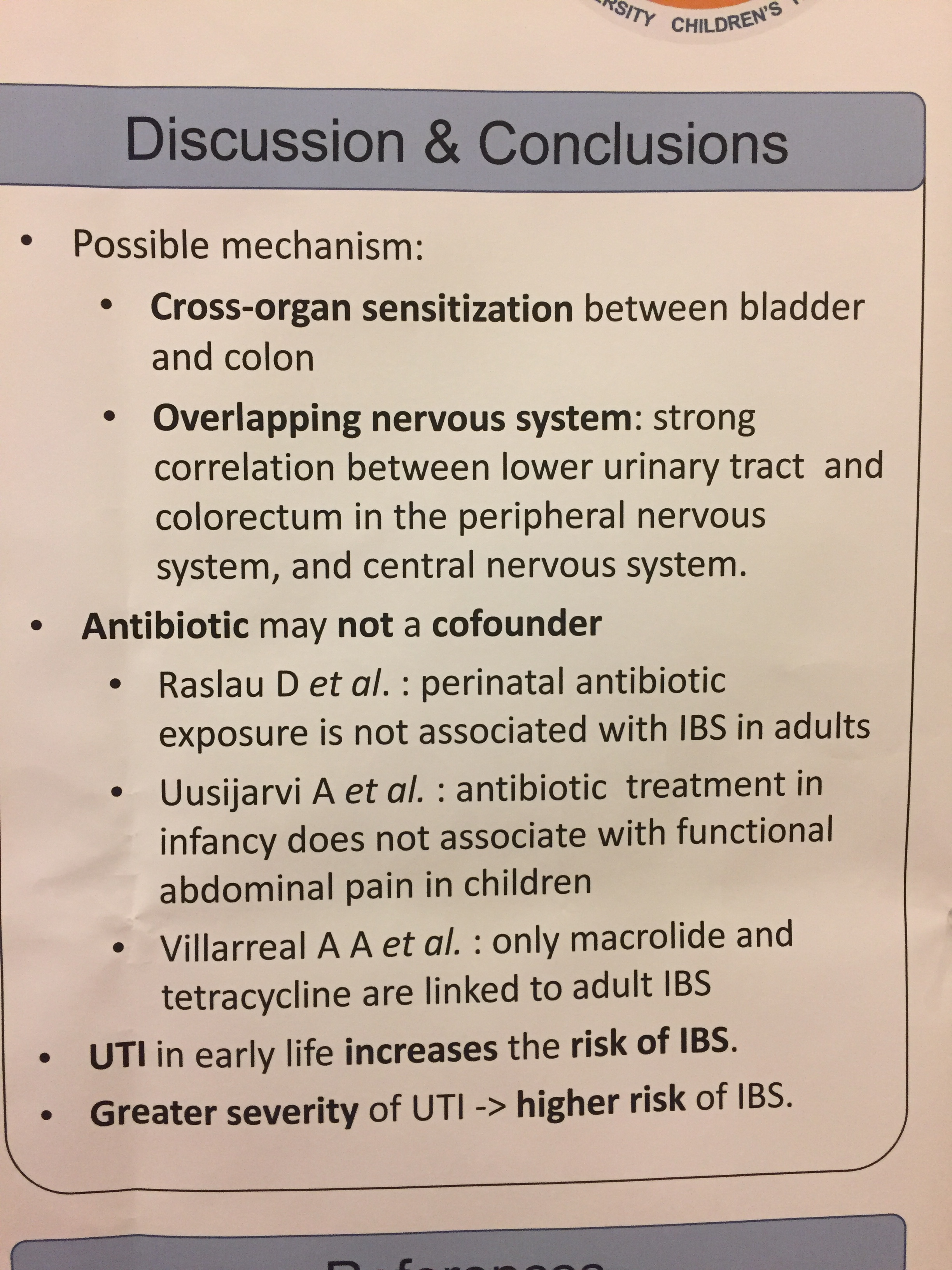 The next pictures are from a poster discussing high rates of recurrent C difficile infection following fecal microbial transplantation in pediatric patients with inflammatory bowel disease (mainly ulcerative colitis).  An inference from this study would be that many cases of C difficile that were attributed as causing symptoms could in fact have been from a flare up of their IBD.  More details about the diagnosis of C difficile (based on PCR or ELISA) would be helpful 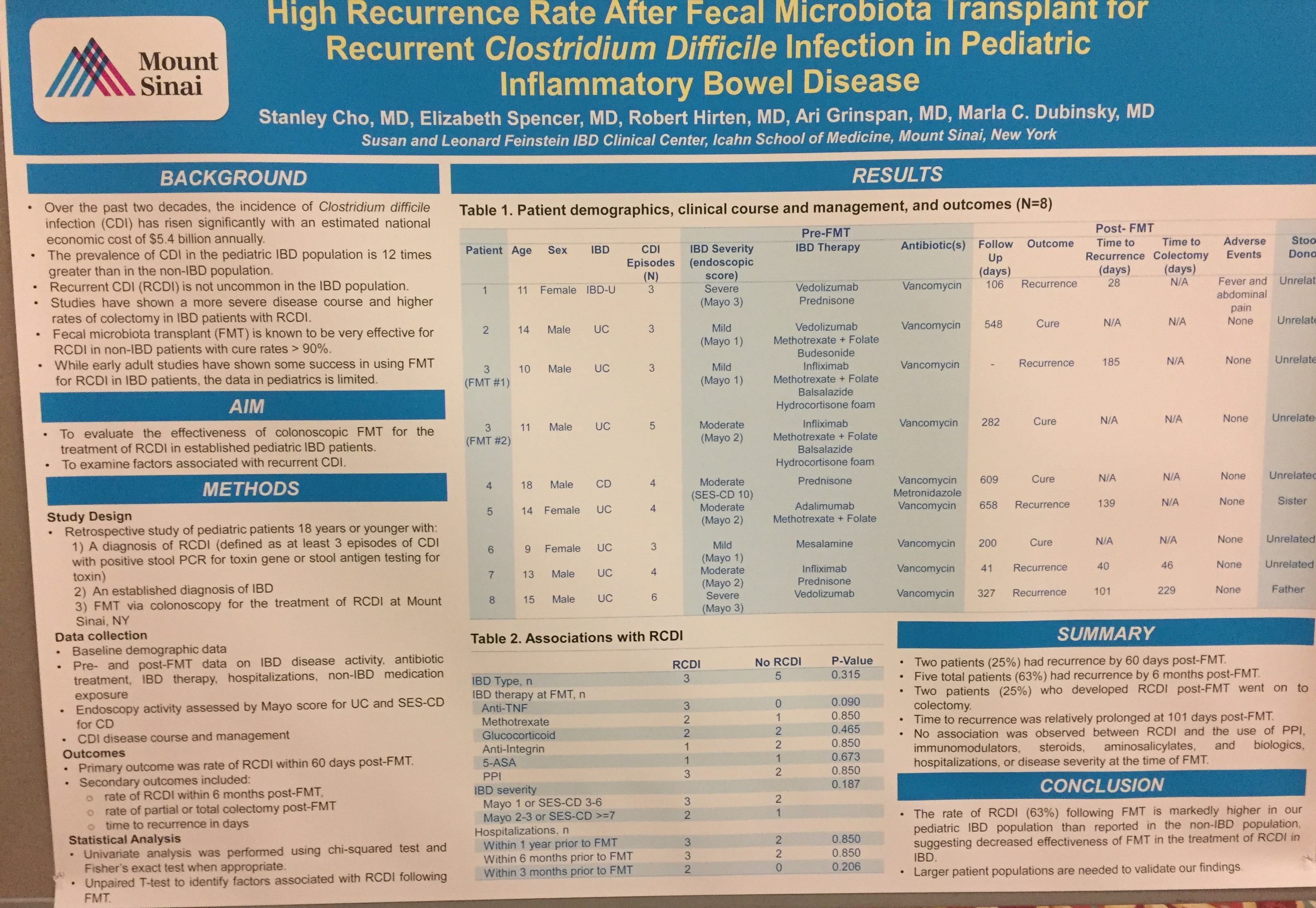 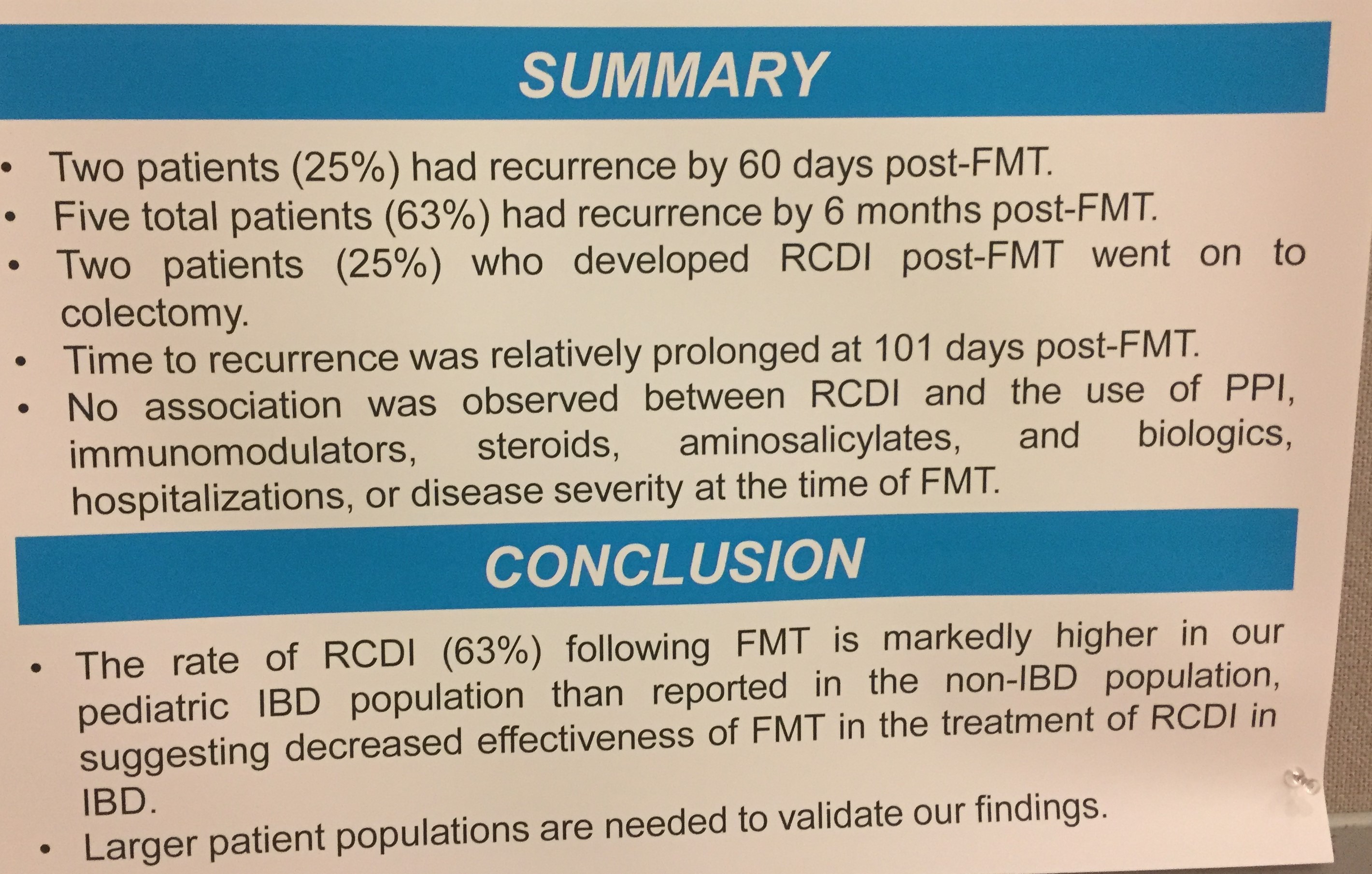 The next poster provides data from CHOP experience with Ustekinumab.  Overall, in this highly-selected (refrcactory) population the long term improvement was low; while one-third had steroid-free remission at week 8, this was not maintained at week 16 and week 24.  In addition, among the 22 patients, one developed transverse myelitis. 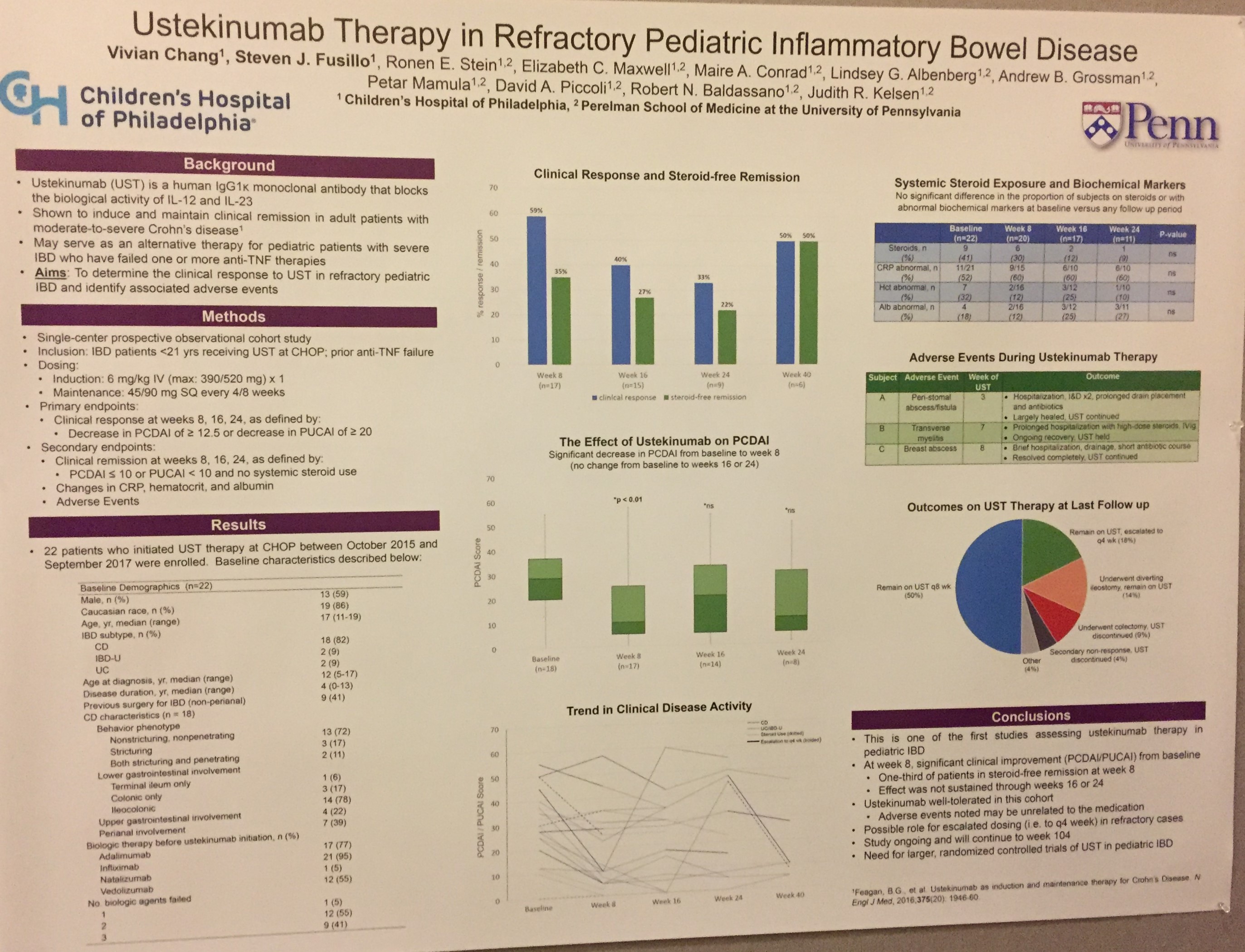 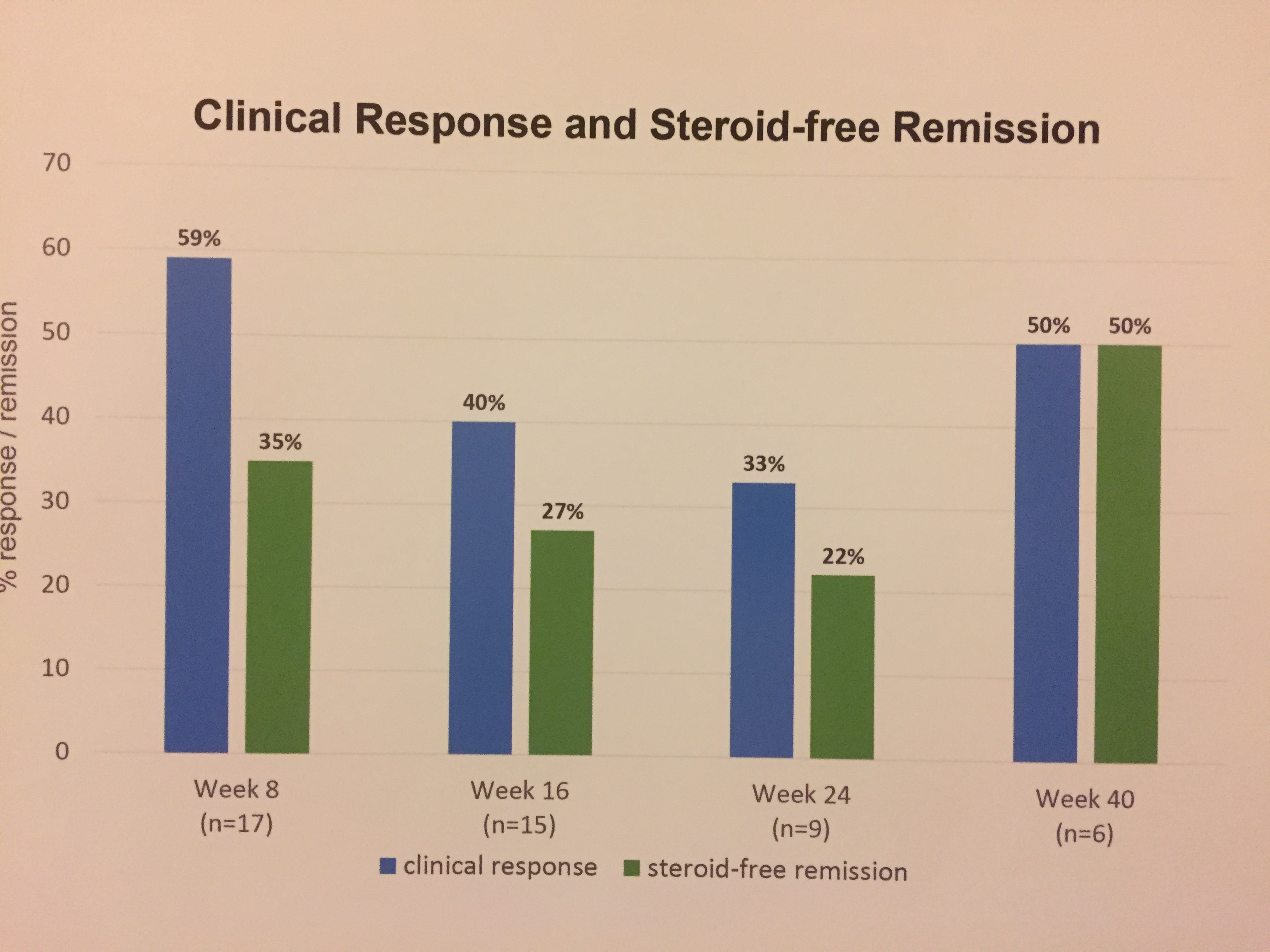 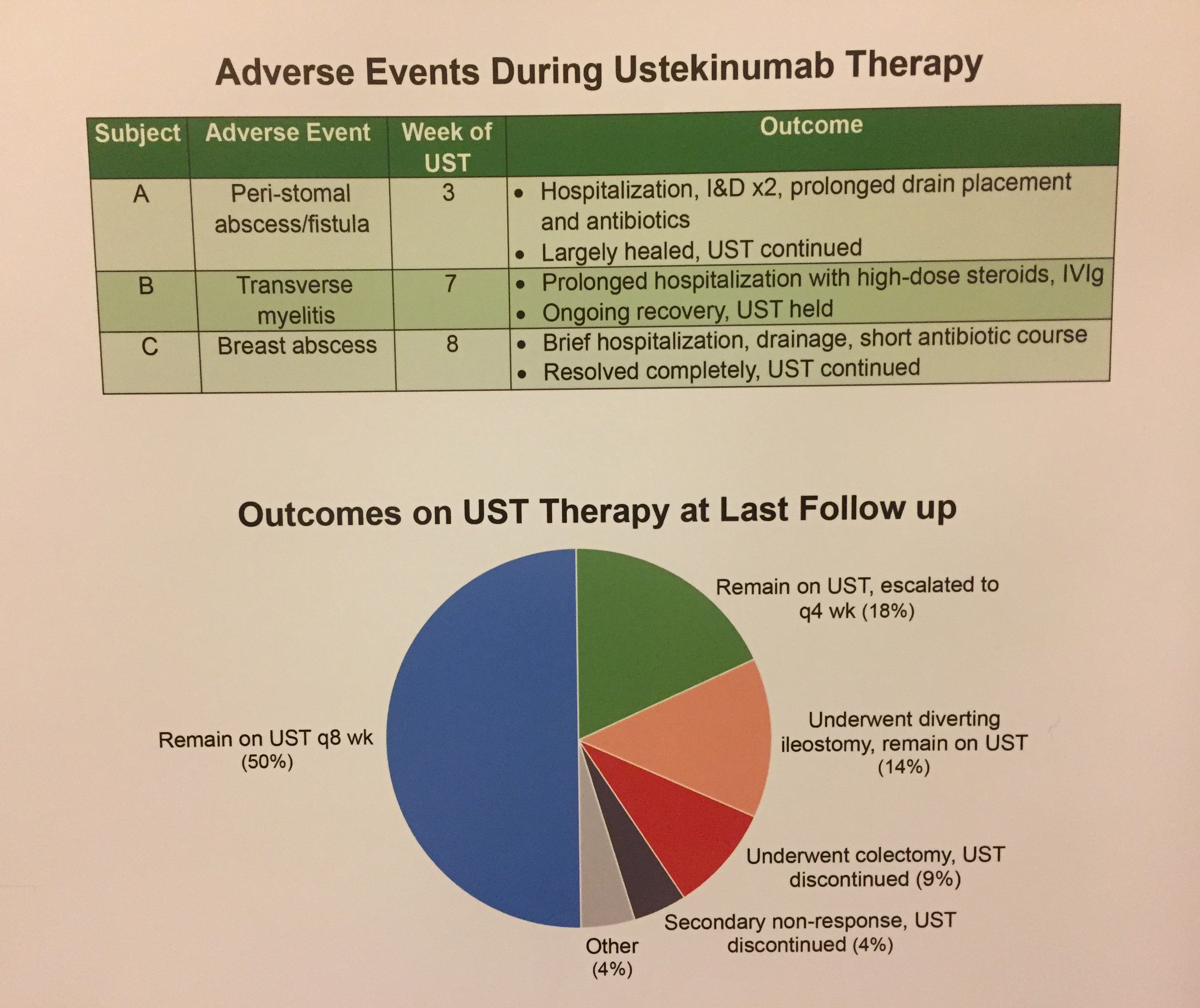 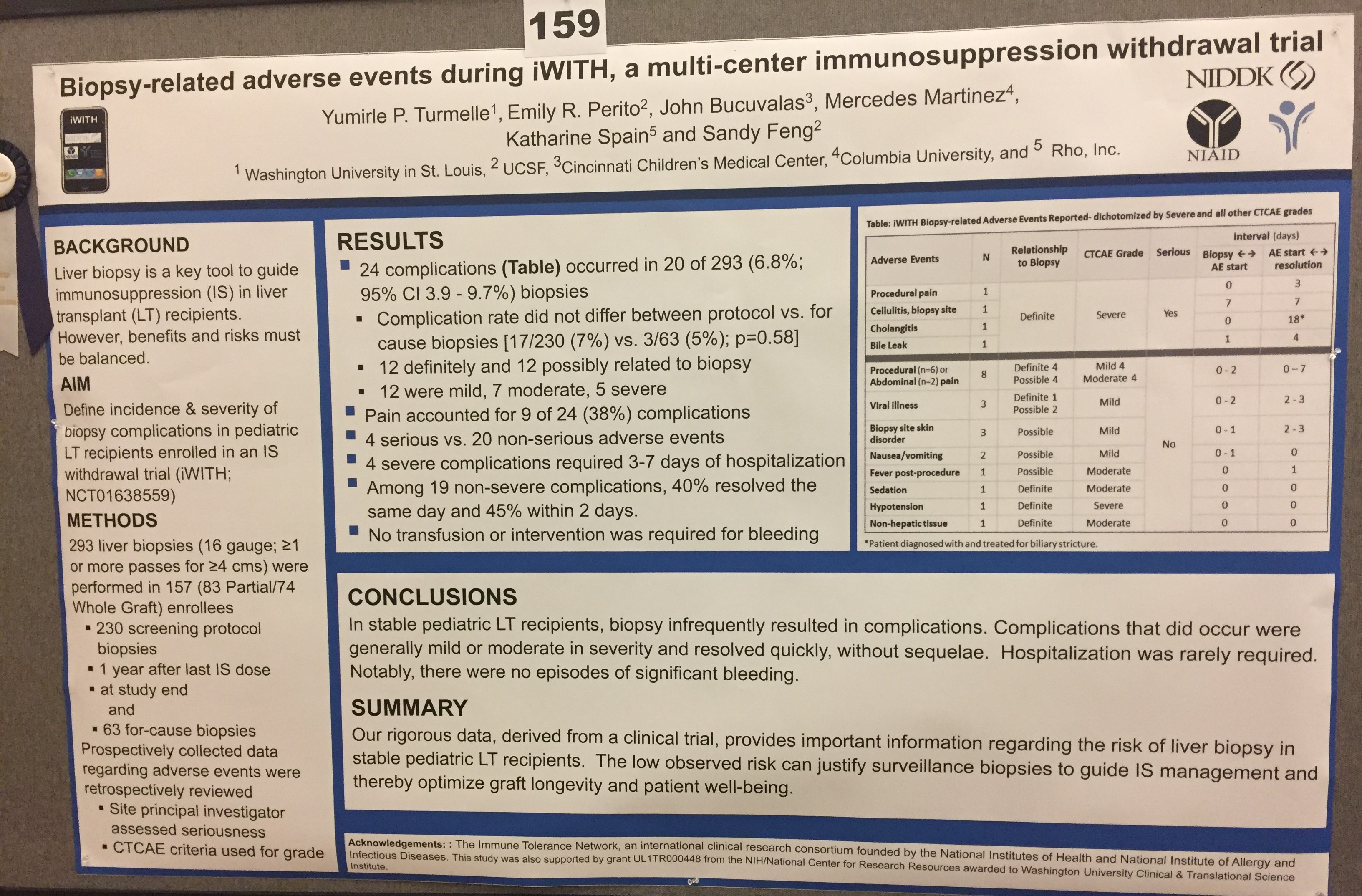 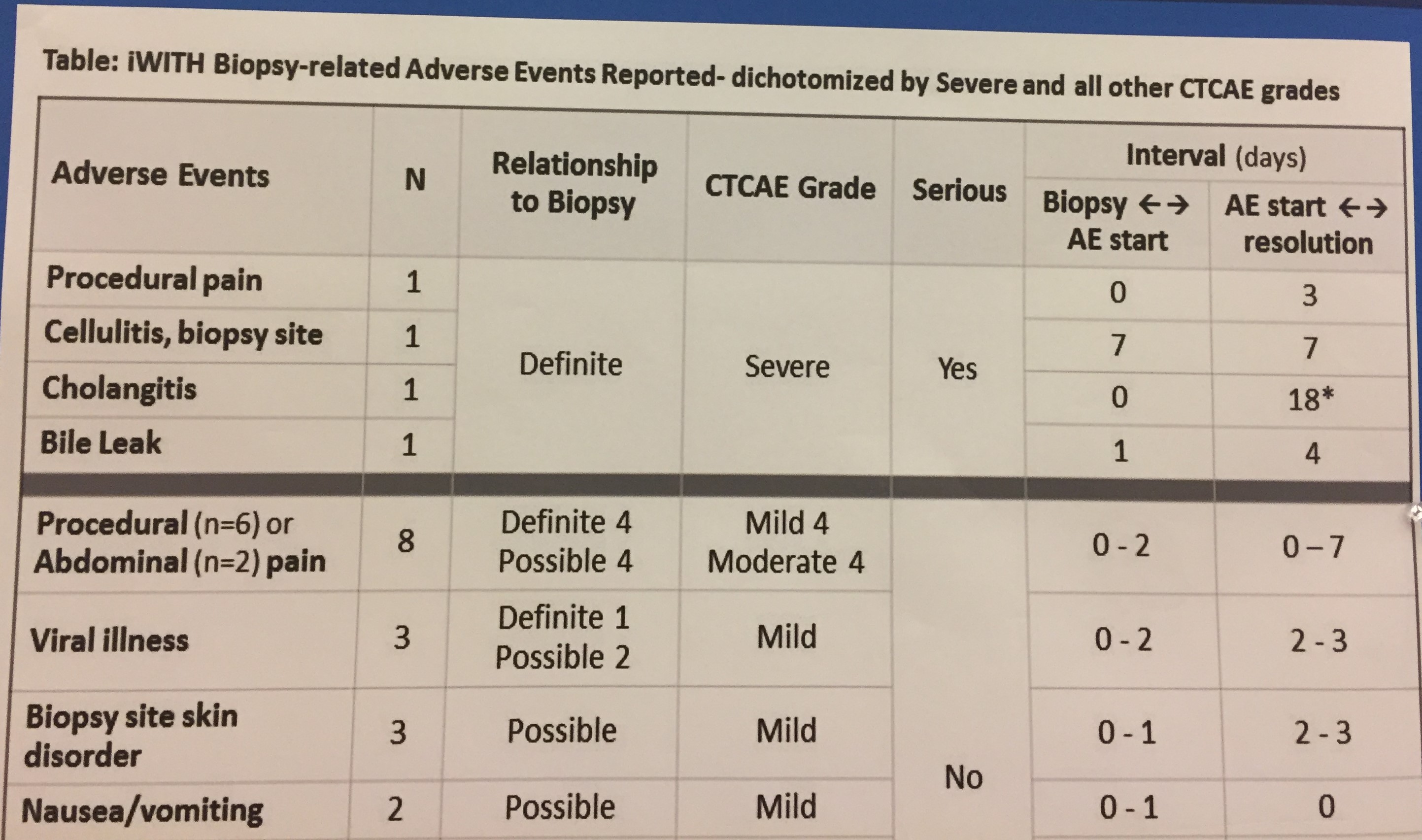 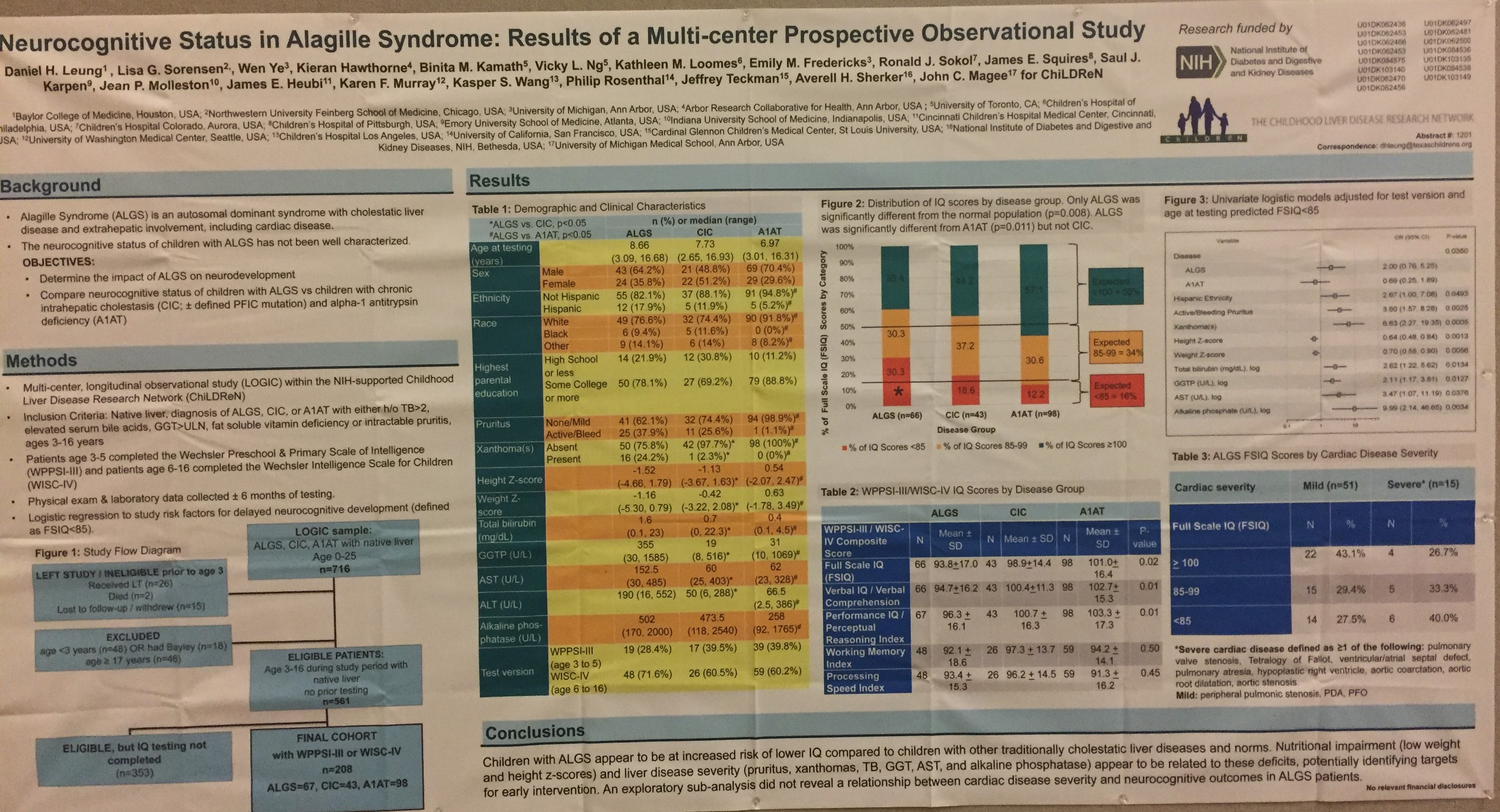 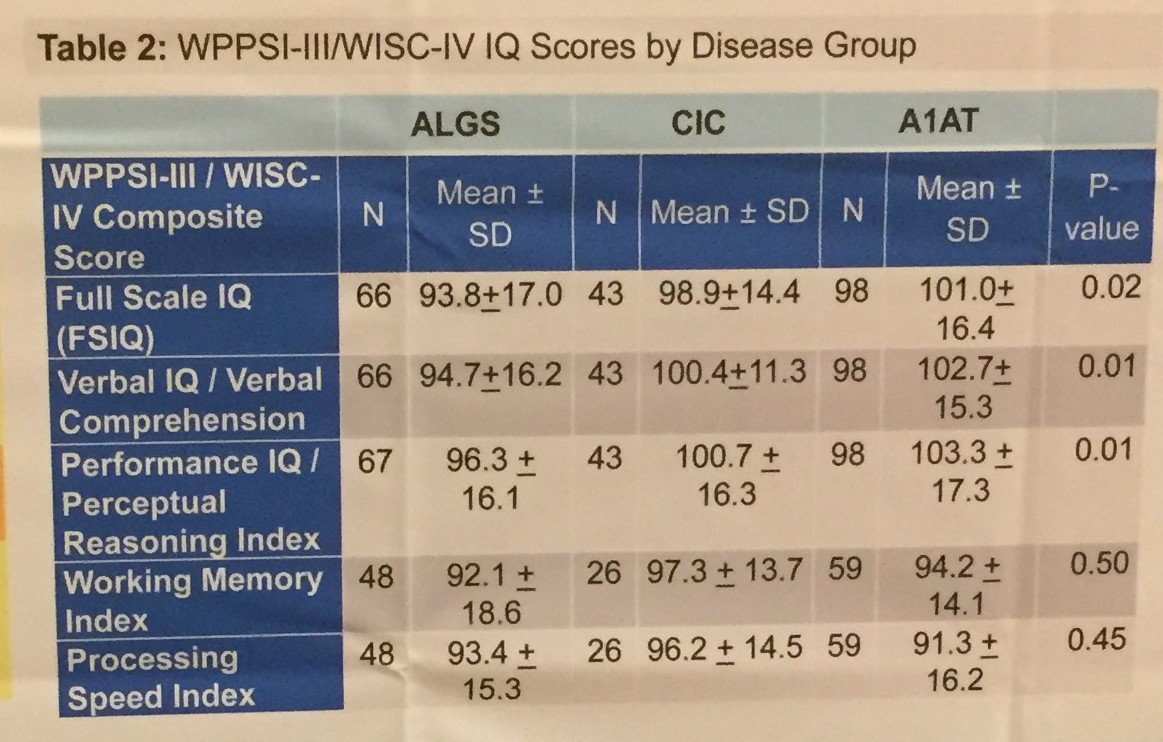 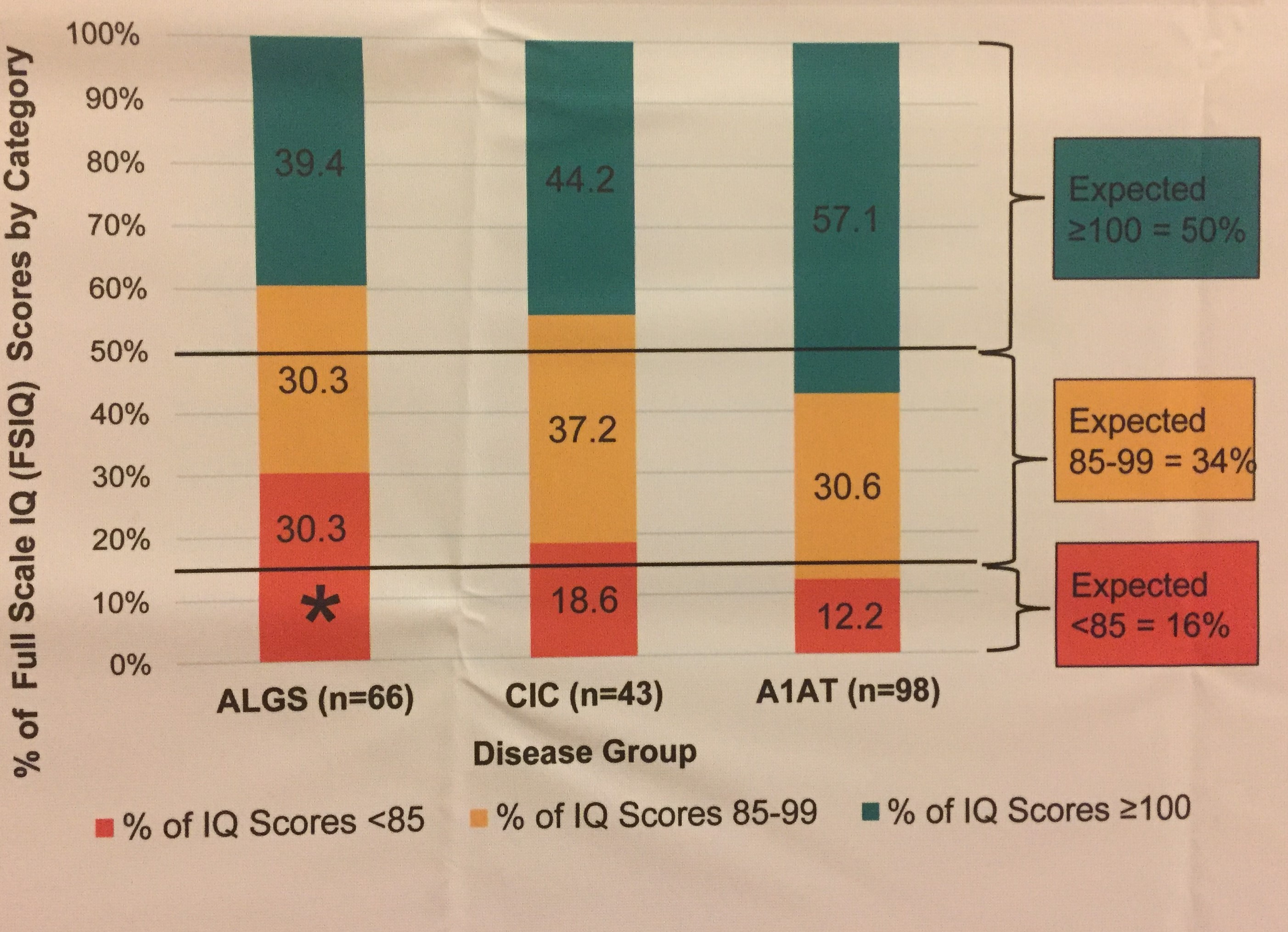 According to a recent publication (Clin Gastroenterol Hepatol 2013; 11: 1466-71), the most important risk factors for severe Clostridium difficile infection (CDI) are the following:

Patients with these risk factors may need to be treated more aggressively.