My take: Check Hep B immune response in patients with celiac disease.

In their discussion, the authors make two key points:

As noted above, antiviral therapy has not been shown to be effective in children who are in the immuno-tolerant phase; however, the authors of this study explored whether combination therapy could be effective in a randomized, controlled, multicenter study (n=59).

My take: These studies reinforce the notion that children in the immuno-tolerant phase of HBV infection do not benefit from antiviral therapy. Prevention of infection is the most promising strategy.

The data presented were cross-sectional data at time of patient enrollment.

A recent randomized controlled, open-label study (S Wirth et al. Hepatology 2018; 68: 1681-94) examined the use of weekly peginterferon alfa-2a (PEG) in 161 children (3-18 yrs) with immune-active HBe-Ag-positive children.  The two main groups were for those without advanced fibrosis: a PEG group (n=101) and a placebo group (n=50).  A third group enrolled 10 patients with advanced fibrosis who all received PEG. The treatment period was 48 weeks with ongoing observation for an additional 24 weeks.

My take: This study does not answer the question about which treatment is optimal for hepatitis B in children–direct-acting antivirals (eg. entecavir, and tenofovir) or peginterferon.  It does shows that weekly peginterferon alfa-2a was associated with HBeAg seroconversion in 26% of recipients at week 72.  Although a high number of patients experienced adverse effects, there were no new safety signals identified.

View from Parker Ridge, near Banff

The authors indicate that all of the cases were thought to have acquired HBV via vertical transmission.

My take: HCC rarely occurs in children with HBV.  The most effective way to reduce HCC is through prevention, particularly vaccination.  The role of regular imaging which could detect tumors earlier remains unclear (in the absence of a risk factor like cirrhosis); in this series, only one patient presented to a hepatologist. 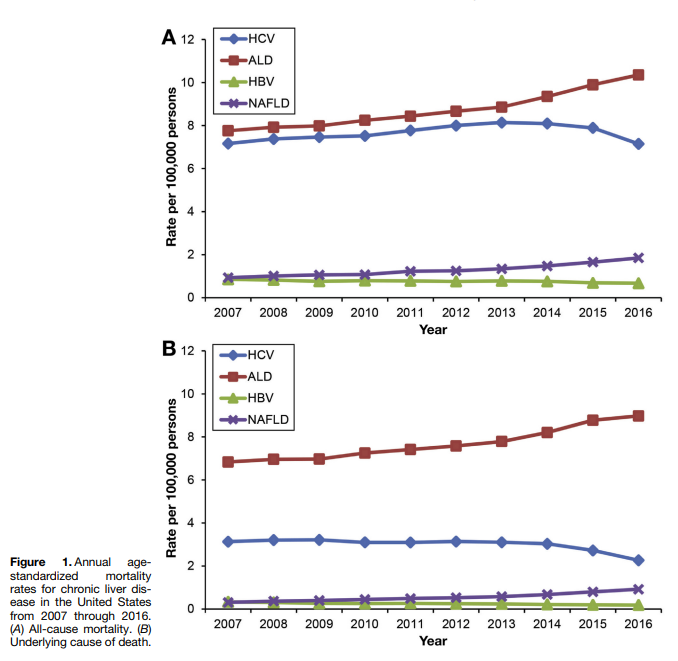 O Jeanniard-Malet et al. JPGN 2017; 64: 524-7. This survey of 28 centers in France assessed clinical practice with regard to primary prophylaxis in portal hypertension. More than 75% use endoscopy to screen for varices in patients with chronic liver conditions. “In cases of grade 2 varices with red marks and grade 3 varices >90% of centres perform sclerotherapy or endoscopic variceal ligation.”

Y-D Ren et al. Hepatology 2017; 65: 1765-8. FMT for chronic HBV? This small study with 5 patients who received fecal microbiota transplantation in an effort to clear HBeAg.  There were 13 controls.  Patients in both group received either ongoing entecavir or tenofovir antiviral therapy (& had received for at least 3 years). FMT was given every 4 weeks (1 to 7 treatments). HBeAg declined gradually after each round.  Three patients in the FMT arm cleared HBeAg compared with none in the control arm.  Two of the three cleared HBeAg after on FMT and the third after two rounds of FMT.

Y Sun et al. Hepatology 2017; 65: 1438-50.  In this report, the authors propose to augment the liver biopsy classification in patients with Hepatitis B.  Their goal is to provide more information about dynamic changes regarding fibrosis using three terms:

Using this new designation, they characterized 71 paired liver biopsies before and after entecavir for 78 weeks.  Before treatment: 58%, 29%, and 13% for progressive, regressive and indeterminate; after treatment: 11%, 11%, and 78% respectively.

The first study was a retrospective study of 292 HBeAg-negative patients with chronic hepatitis B virus (HBV) infection.  This cohort had normal ALT values and HBV DNA <20,000 IU/mL.  Patients were considered to be carriers of inactive HBV if their HBV DNA was <2000 IU/mL and serum levels of ALT remained normal.

Key findings with regard to likelihood of having inactive HBV at following year:

Also, “patients with HBV activity who had levels of HBV DNA <5000 IU/mL and decreases in HBsAg of 0.5 log IU/mL or more for 1 year had a high probability of becoming carriers of inactive HBV in the next year.” Figure 2 in an easy graphic form shows cumulative probabilities of becoming inactive or active HBV over the three-year period.

In the second study, Hsu et al performed a prospective study of 161 consecutive patients with undetectable HBV DNA following 3 or more years of entecavir.  After stopping therapy, patients were monitored for relapse.

My take: HBsAg level is becoming important in truly determining who has inactive HBV and reflects the likely natural history.  It is expected that using HBsAg levels will be increasingly used to determine management of HBeAg-negative HBV.

Editorial: MH Nathanson, N Terrault Hepatology 2016; 64: 328-29. This very unusual editorial explains a published erratum of 2010 paper reversing a claim that patients with Hepatitis B who had achieved HBsAg clearance had markedly decreased rates of hepatocellular carcinoma (37 cases per 100,000 person-years). After correction of the arithmetic error, the rate of HCC in this population was actually 442 cases per 100,000 person-years.  The editorial does reiterate that studies have shown lower HCC among those with low HBV DNA which is a prerequisite for HBsAg clearance. Exact risk is difficult in this population due to infrequent development of HBsAg loss and infrequent development of HCC.  The message: While loss of HBsAg may lower HCC risk, there remains a need for HCC surveillance. 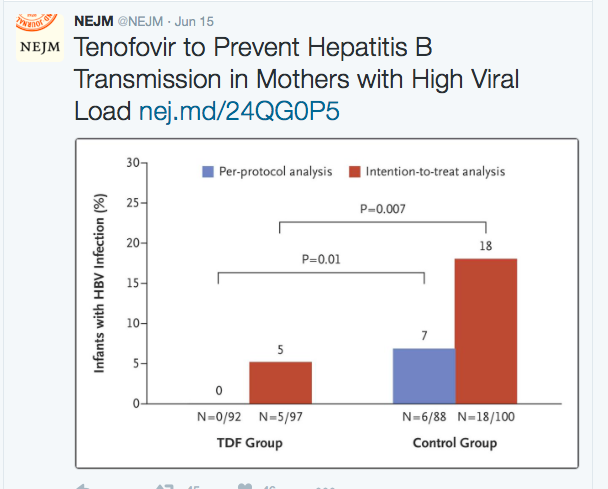