This first slide shows the growth in NASPGHAN membership:

This lecture reviewed a number of influential studies that have been published in the past year.  After brief review of the study, Dr. Heyman summarized the key take-home point. 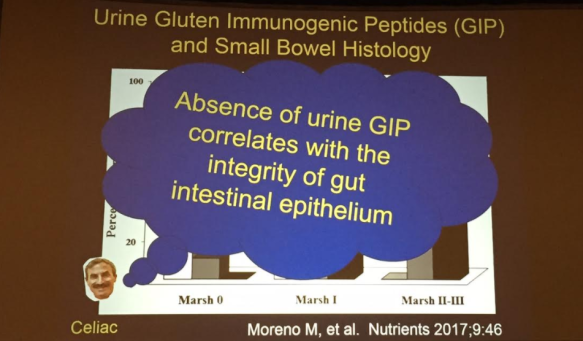 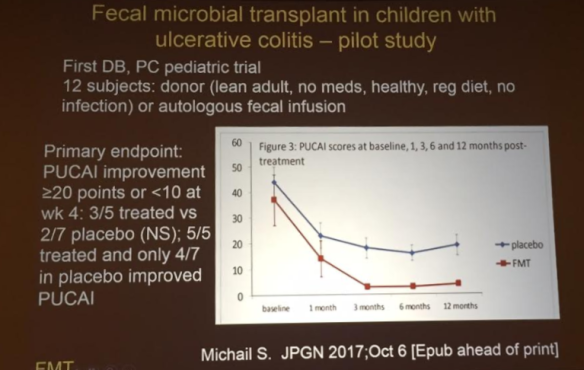 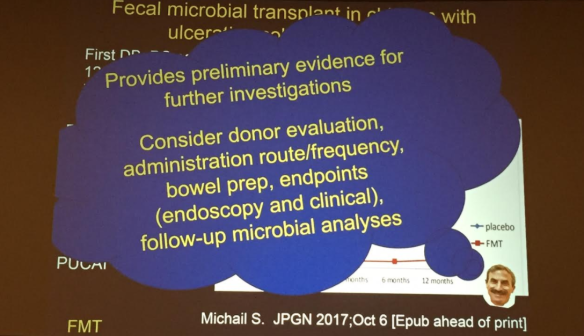 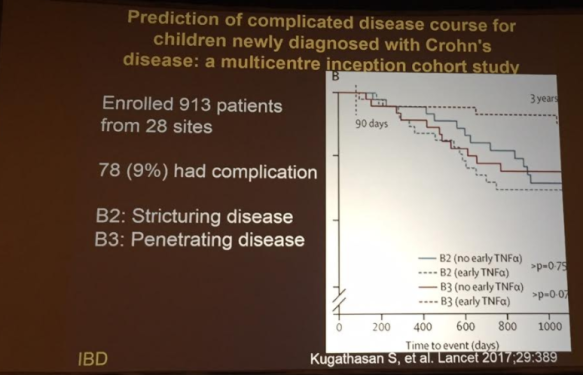 Dr. Wolf reviewed infertility, pregnancy issues, and PIANO registry. This topic has been covered elsewhere in this blog (IBD and Pregnancy | gutsandgrowth). Vedolizumab is a FDA category B; thus far, it is considered fairly safe. Thiopurines are category D but overall thought to be low risk.

This blog entry has abbreviated/summarized this terrific presentation. Though not intentional, some important material is likely to have been omitted; in addition, transcription errors are possible as well. 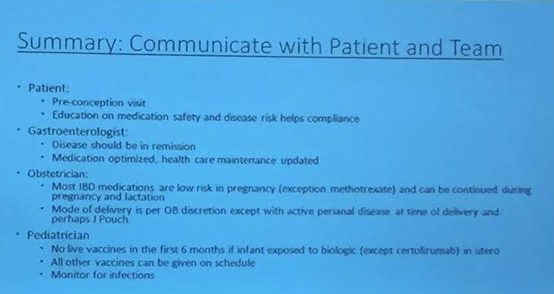 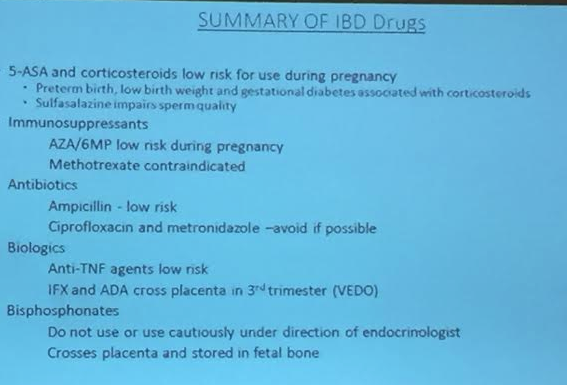 My take: Keep this reference handy.  The lower expected costs (>30% reduction) could create pressure to change treatment before the safety/efficacy is proven.

A recent study (JPGN 2014; 59: 763-66) shows a steady trend of increased incidence of IBD in Manitoba. This figure is available online:

Objectives: The aim of this study was to describe the incidence and prevalence of inflammatory bowel disease (IBD) in children <17 years of age in 30 years from 1978 to 2007.

Methods: From January 1, 1978, to December 31, 2007, the sex- and age-adjusted annual incidence and prevalence of pediatric IBD per 100,000 population were calculated based on the pediatric IBD database of the only pediatric tertiary center in the province. The annual health statistics records for the Province of Manitoba were used to calculate population estimates for the participants. To ensure validity of data, the University of Manitoba IBD Epidemiology Database was analyzed for patients <17 years of age from 1989 to 2000.

Conclusions: The incidence and prevalence of pediatric IBD are increasing. The majority of patients were residents of urban Manitoba, confirming the important role of environmental factors in the etiopathogenesis of IBD.

Unrelated: As a bonus for those who made it to the bottom of this post : there’s a new Bristol Stool App for iPhones.  Here’s the link: http://www.bristol-stool-scale.com (from John Pohl’s twitter feed)

Occasionally a parent will express concern that their child may run out of effective treatments for inflammatory bowel.  At this time, there are a limited number of effective therapies. If a patient develops reactions or antibodies to medications and/or does not have a clinical response, then the options become quite limited.

Against this backdrop, it is encouraging that new medical treatments are being tested, including Vedolizumab (Inflamm Bowel Dis 2012; 18: 1470-79).

The cited study reports the experience of using Vedolizumab in a randomized controlled phase 2 dose-ranging study in 46 patients (9 placebo, 37 vedolizumab).

Vedolizumab is “a gut-selective monoclonal antibody that antagonizes α4β7 integrin on select subsets of leukocytes binding to MAdCAM-1 on gut vascular endothelium.”  Many have considered vedolizumab to be similar to natalizumab, except it is considered  gut-specific and therefore should not increase the risk of progressive multifocal leukoencephalopathy (PML).  By altering the immune surveillance/lymphocyte tracking of the GI tract and not the brain, theoretically there should not be an increased risk of PML.

Another previous limitation of vedolizumab in small studies was the development of human antihuman antibodies (HAHA) –no joke!  HAHA occurred in up to 44% of patients in previous studies and were associated with reduced efficacy.  As a consequence, a new formulation of vedolizumab has been developed with presumably reduced  immunogenicity.

In the cited study, patients between 18-70 were recruited to receive one to three doses of vedolizumab (2, 6, or 10 mg/kg) or placebo.

According to a presentation at DDW (GEMINI I trial), more than 2500 patients have been treated in trials with vedolizumab.  None has developed PML. Encouraging results for efficacy (dosing 300mg IV q4weeks) were also noted; 1 year clinical remission noted in 45% of treated patients compared with 14% of placebo group. Digestive Disease Week 2012 – Vedolizumab Scores on Safety …)

Results of vedolizumab for Crohn’s disease are expected soon as well.

Quantifying Risk of PML with Natalizumab

Tofacitinib –a JAK Inhibitor for UC

Doesn’t work (Gastroenterology 2012; 143: 62-69).  While this study indicates that Abatacept was not effect for either Crohn’s disease (CD) or ulcerative colitis (UC), it was useful nevertheless.

In brief, the study examined four placebo-controlled trials of abatacept for induction and maintenance therapy in both CD and UC.  The induction studies included 451 CD patients and 490 UC patients.  The maintenance studies had 90 CD and 131 UC patients.

The premise of this study was that T-cell activation requires co-stimulatory signaling via T cell CD28 and CD80 or CD86 on the antigen-presenting cell.  Abatacept (CTLA4-Ig) which is effective for psoriasis, rheumatoid arthritis, and juvenile idiopathic arthritis was thought to have potential; it blocks costimulation pathways involved in T-cell activation which was shown to be helpful in animal model of colitis.

So why did it not work?  The editorial in the same volume (pages 13-16) suggests the following possibilities:

The implication of this study is that not all T-cell mediated inflammatory disease respond to the same treatment approaches.  The complexity of intestinal immune responses necessitates ongoing clinical studies to determine which promising therapies will be useful.

As noted in a recent post (Assessing and discussing risk of lymphoma in IBD), diagrams can be useful to convey the absolute risks for IBD medicines; this risk is often poorly understood by patients and their families. Two articles add additional insight that may help with counseling. (Thanks to Ben Gold for forwarding these articles.)

The first article reviews the risk of lymphoma with regard to inflammatory bowel disease treatment decisions.  Important points in this article include the following:

2. Framing the discussion with regards to risk of continued active disease, continued exposure to steroids, and potential need for surgery can be helpful:

3. “Patients can also be very sensitive to numerators and pay relatively insufficient attention to denominators.” This has been called “anchoring and adjustment” or “base-rate neglect.”  This issue has to do with “numeracy;” this is defined as the basic math skill needed for health-related activities. To help families, consider the following:

The second study cited is a pooled analysis of infections, malignancy, and mortality risks associated with infliximab and immunomodulator treatment in adult IBD patients.  This study collected safety data from 10 previous trials.  Five of these trials were randomized, controlled studies.  Table 3 and Table 4 detail extensive safety data for immunomodulators (eg. azathioprine) and for infliximab respectively.

With regard to infliximab, and in contradiction to the previous article’s estimated risks, infliximab treatment did not appear to affect the incidence of infection, mortality, or malignancy.  This study and several others have not demonstrated an increased risk of malignancy with infliximab. This could be that even with this pooled data it is difficult to detect a rare adverse outcome.  More prospective studies and more long-term followup will be needed to truly determine the risk.

While it is known that these agents may increase the risk of some infections, the limited increase in infections which was detected only with immunomodulator use in UC is likely due to a lowered risk of infection when active inflammatory bowel disease is controlled.  A much bigger risk factor for infection is the use of corticosteroids.  When effective IBD medications are administered, this helps control inflammation and allows tapering of corticosteroids.

Only one chance to make first impression